Actually, I’m not making them. I modified a surveying tripod for my customer to use casters on it for rolling around buildings when laser scanning them. He has said it has saved his crew countless hours of taking it all down to move it a few feet, or scooting it across the floor trying not to topple the $80k scanner to the floor. But, it’s been almost a year and the casters are wearing so they have a lot of slop in the swivel. I still have one of the casters that I kept as a spare and it has some slop to begin with, but he says it has gotten exponentially worse in the past couple weeks. I’m guessing some of the ball bearings have fallen out as it has worn, and it’s a snowball effect after that. So, I’m modifying another set of casters to have a precision swivel. No big deal as far as the fabrication goes. I’ve got the CAD done and am ready to make parts.

The fun part is going to be the new thing for me. I’ve anodized aluminum parts before (not hard anodizing, which is much more chemical-intense) but I’ve never zinc plated before. Similar, but easier process, so it should be interesting to see how it goes. I’ll yellow chromate the parts after. No interesting pics yet, but here’s one of one caster almost completely disassembled.

How do you go about anodizing?

The first part involves applying a current to the part which makes the surface slightly porous. Then dip the part in the dye. Then seal the surface again, iirc, by boiling that part. That’s an over simplification but covers the basics.

Got the parts machined except for the mounting bolt. It doesn’t need additional playing though so it can be done later. Also welded the bearing pocket in place. I’ve got the vinegar being saturated with zinc right now. Hopefully this gets plated tonight. 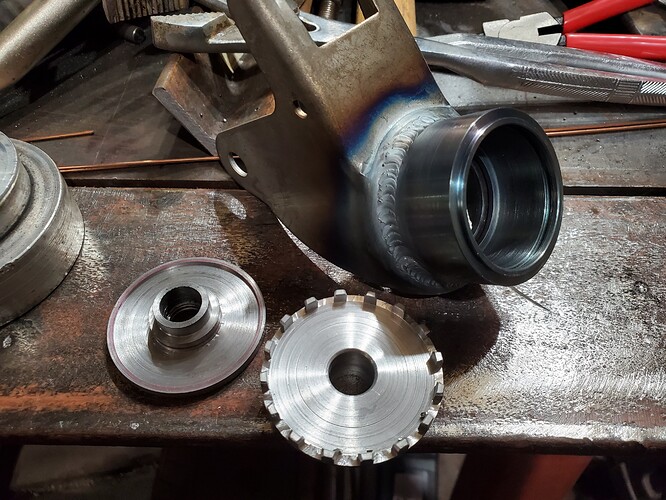 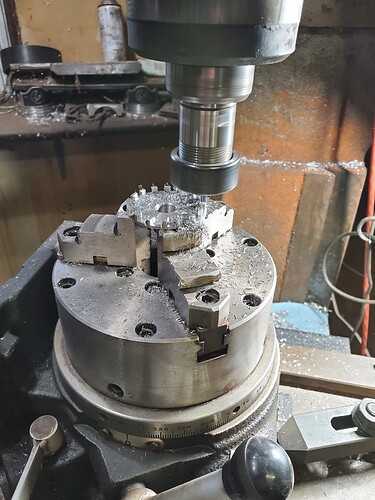 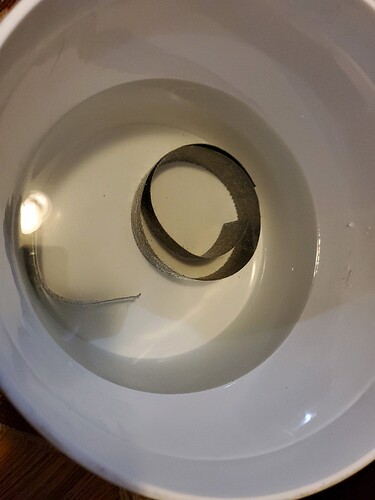 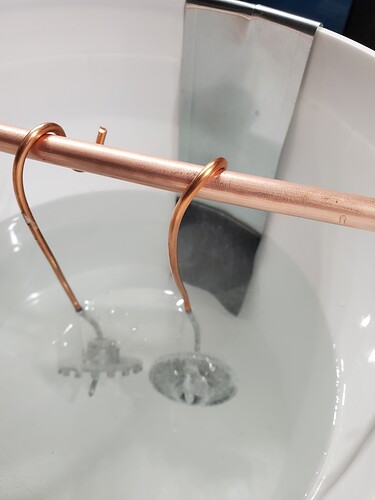 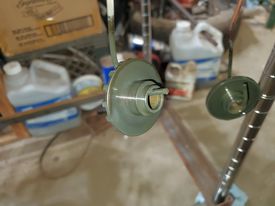 The first set of parts zinc plated and black chromate applied. This will sit for a day or so to achieve full hardness. I was worried that I hadn’t gotten the parts clean enough, but it appears that they plated well.

That is really cool!

I worked at a caster shop in OKC for a number of years - moved a lot of merchandise but never carried anything like you’re building - nice work!

@cathyb I did a lot of looking before actually starting to make parts for this. Even talked to a couple caster places. They didn’t have any way of coming up with a precision swivel. I did find one website that listed them but they lacked other features that the customer needs. So, as I often do, I struck out finding something that meet all of the needs in one product.

I would imagine so - Rollmaster used to make one of the better swivel/wheel locks, but they’ve been bought out by another company - Timken Company makes some of the best bearings - it looks as if you’re on top of the customer needs! Last time I was in OKC I picked up a catalog and it’s somewhere in the car…too cold to look today! 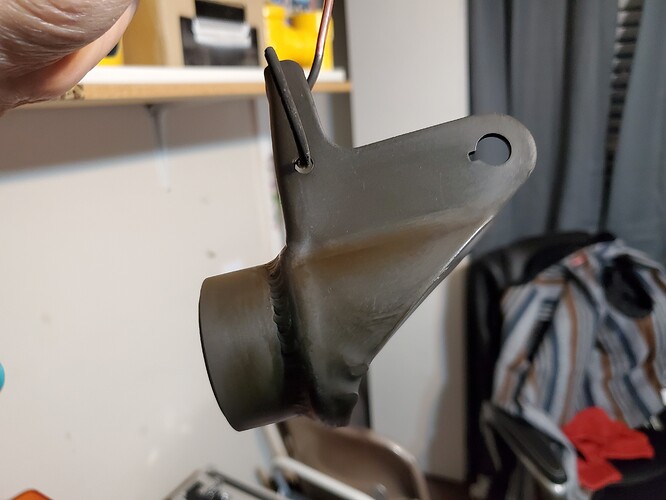 My plating technique needs some adjustment but overall I’m pleased with the end result. Everything functions as intended. There is no slop in the swivel which was the primary goal. 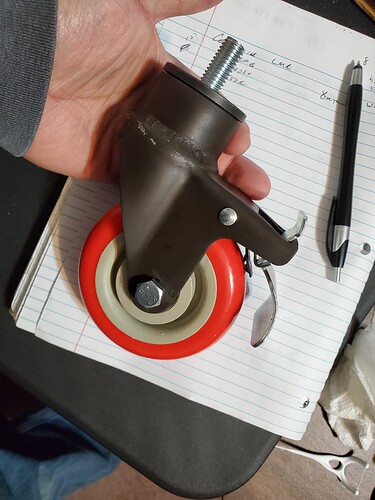 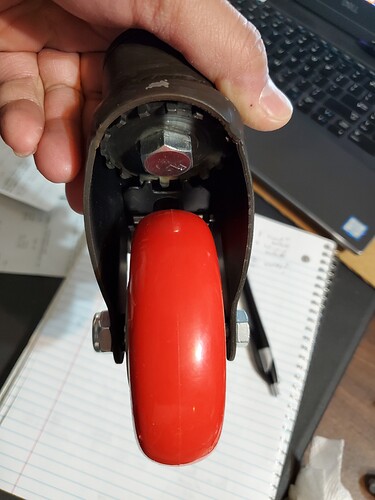 doesn’t look yellow to me. lol

Decided black chromate looked better. After I ordered the stuff for yellow. I had some areas where the plating was insufficient, I think. Certainly inside where the wheel sits didn’t get enough plating. So, I want to find a way to stuff an anode down in there without it shorting out to the work. I’m thinking a little cage around it should work. Gotta make the parts for two more, though, first.

Needs some flames - maybe some pin striping. It looks great!