Where are all the tools?

Where did all of the stuff that was in the old shop get put when we moved? the only battery operated tool I have found is the DeWalt impact. None of the drills or the Makita. Everybody is having to go to the other shop and get the call at wrenches from the router to use on the shop bought because there are none anywhere for the shop bought. Where is the glue? I’m sure there is more stuff that people have been looking for that they can’t find as well. Several people have come in while I’ve been there and asked if I know where such and such is

I found a second set of collet wrenches under the router so I moved the second set to the shop bot. Also saw the glue on the shelf. Still no idea where and if the drills are or other stuff people have come in looking for.

In short, I’m not sure. Many of those things simply need wrangled up, as they were a large component of rebuilding the entire space. I try to do a little wrangling each time I’m in the shop.

This Sunday, though, is a dedicated volunteer day to clean up the woodshop and get hazardous materials training, too. It starts at 5.

I hope that helps.

There were no tape measures in the tool cabinet last week when I was in as well.

Thanks Doug. It’s not just woodshop. I was trying to figure out where all the boxes went that I packed for the metal shop too. I can’t find the stuff for the Logan lathe. I’ve made due but I know it can be frustrating for others when they come in to do a job and can’t find the tools to do it. A 10 minute thing becomes an hour or doesn’t even get done.

I think some of this stuff may have ended up in the garage area. I know there is a Makita drill in there, along with a bunch of tape measures.

There’s also an extra drill index sitting by the buffing wheels in the cold metal shop.

You might also have to go thru the future co-working space, there’s still a lot of stuff sitting in there.

I used a tape measure in the wood shop when I was there a few days ago so I’ve seen at least one floating around.

Also there was a Magswitch feather board on the table saw which is no longer there.

That one might have wandered over to the router table or the bandsaws. Maybe even the shelves behind the saw. I’ve used that plenty since being in the new space.

The featherboard is there somewhere. I used it last week on the table saw and the jointer

Came to laser cut some stuff today and there’s a box of miscellaneous stuff in front of the 3D printers. Found half a dozen tape measures in there so the FabLab now has eight of them floating around.

What happened the the hand planes that were on the shelf? I used one a couple weeks ago but last night I couldn’t find them in either room

I located two drills with QR stickers in the garage. I’m thinking there is a makita impact driver somewhere but I didn’t see it there.

If somebody can pick up some materials, it would be handy to have some drill storage in the woodshop like the garage has. 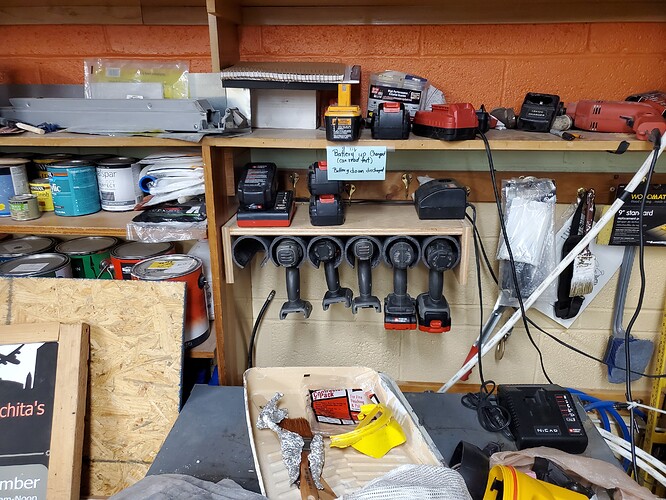