We have a flag

Up on the flag pole 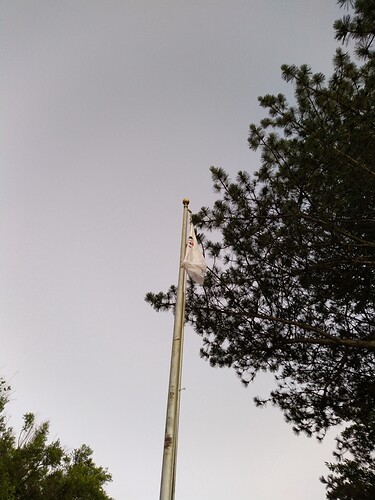 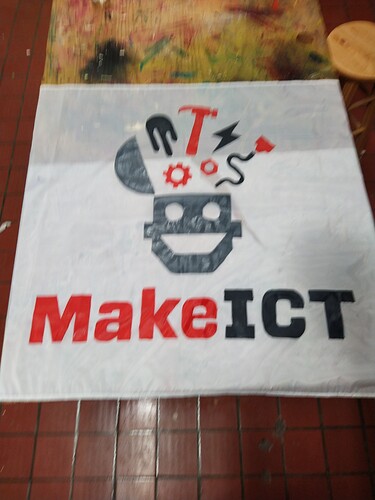 Nice to see it! Thanks for posting.

Yes! And thanks for making one!

I noticed it’s not on the flag pole anymore. Is it repairable or do we need a new one?

Synchronicity! I just mentioned this to @David about this earlier tonight!

Asking one more time what happened to the flag?

Sadly I must admit that I didn’t even realize it was gone until you mentioned it last time. When you discovered it was gone, was the rope still in the raised position, or had someone lowered it and removed it?

There’s a pennant in the box for outreach, but I don’t recall seeing any other flags in there.

The flag she is referring to was a custom one she made last summer. It had been flying on the flagpole ever since. It has since disappeared, and the question is what happened to it. Did it rip and get blown away, or did someone physically remove it.

I personally can’t remember the last time I saw it on the pole. It is one of those things that you really only notice if you look, especially since it is up in the air. I do know that I did see it somewhat recently, but couldn’t put a date on it if I had to.

I do not recall that flag being used for an event outside of the makerspace, nor do I recall it being displayed anywhere else around the building.

Has anyone been to Cessna park, on the roof, or down to the creek lately?

I noticed it missing around the first of the year. I have not checked the pole to see if the connector are lowered or looked to see if the grommets are still clinging to the snap hook. I just wanted to know before I make another one.

That was an awesome flag. Are they hard to make?

Yes, it was pretty time consuming. She used a projector and traced the logo by hand. Then hand painted it as well. So not something we want to do a whole lot.

I mean kudos and a half Malissa! That’s awesome-er than I originally thought. But if the Fey are going to steal them maybe we can make it a little easier on her?

I’m currently working with @bradcozine on another oversized silk screen project. If that works out this will be next

Brad is ALWAYS the hero.

@Malissa : I grabbed the supplies for the large screen that we discussed. We should make sure we make it big enough to handle the flag also! Prolly SHOULD make more than one.

@sdowens : Aww, thank you! MakeICT is worth being there for… thanks to people like you and so many others!

In case he forgets to post here, I talked with Jai tonight. He removed the flag because it was about to come down. It is currently in his office, and he will put it in Textiles.

I do still have the flag in my office. The bottom grommet is torn out of the hem ( is that the right term)
So I removed it in February. I will put it in Textiles for repair tonight.