Anyone know what I should change to stop the laser from “blowing out” on the side of a line as I cut through this plywood? It’s the lowest power I can get before it doesn’t cut through. (speed 20/ 40 power) the engraving looks fine, just when cutting through it leaves the marks off to one side.

Edit: I should mention, I re-focused the laser before both cuts. 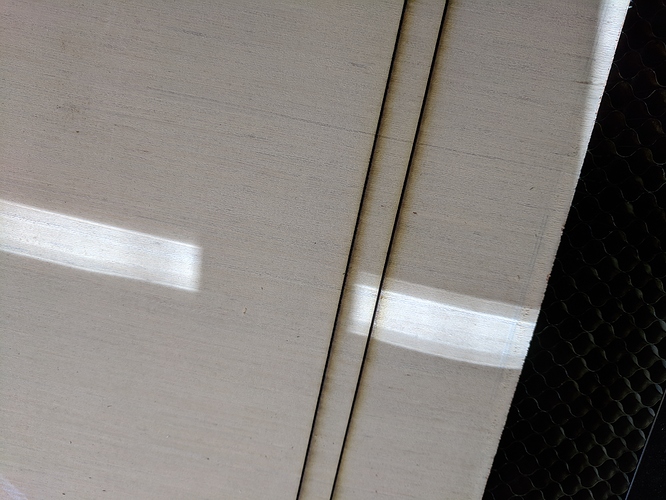 Could be that the cut isn’t quite in focus. Check that the probe mount isn’t loose and that the bottom doesn’t have too much build up on it. The bed could also be unlevel. I’ll try to check it later today if I can.

I don’t know if it is really possible to completely avoid the overburning without masking it beforehand.

Thanks, I’ll know more-so what to look for next time if it’s acting up!

I took a look at it yesterday and there was definitely some build-up on the bottom: 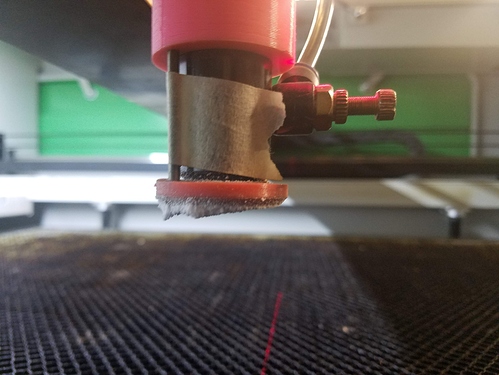 Holy moly! I did not notice that. Thanks for looking at it!