Heh, I’d forgotten this as a draft on the web forums for a while.

So I figured that since I can’t do much with regards to things physically. (Yes, I’m worried about Covid.) So, I’d post a bit about one of my projects, which is a telescope control setup also some pretty pictures. 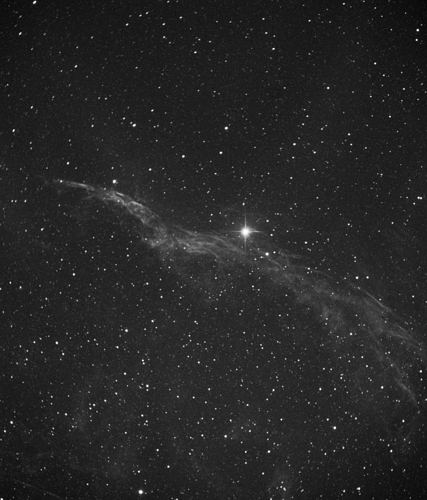 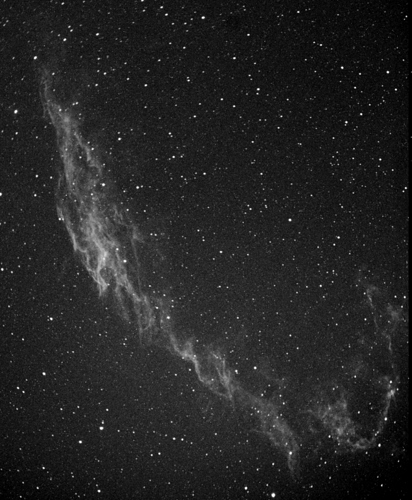 So a little theory first, with regards to coordinate systems. You can point to anything in the sky using two axis, Altitude (angle up in the sky) and Azimuth (angle away from north, If it helps you can call this bearing.) However, things in your view will rotate, which isn’t an issue for visual observation of a target, but it is for any photographic observation. You either need to account for this via a ‘de-rotator’ motor, or take short photos.

However, there’s a system, called an Equatorial coordinate system, which instead of having the telescope’s movement axis tangent to the Earth’s surface, you align them with the rotation of the earth, then you simply have to move the one axis counter to the rotation of the earth, and boom, all the stars stay stationary with regard to your telescope! Add a second axis to allow for pointing anywhere, and you’ve got the ability to go anywhere in the sky. Then if you map things to that coordinate system, you can locate everything in the sky with two coordinates that don’t change for anyone on the planet. (Under ideal conditions/perfect alignment anyway.)

That’s why you’ll see most telescopes seeming be at an angle. That angle is easy to determine, it’s your latitude. (At the exact poles, an Alt-Az and Eq scope are the same.)

So that little bit of theory out of the way. I have added onto mounts, or made parts to allow a control system called OnStep to some telescope mounts. OnStep is open source, and runs on an Arduino Mega + Ramps on the low end and on a Teensy 4.0 (if you haven’t seen that, you might check it out.) on the high end. Mid rate is an STM32F103 which can be one of the smaller ‘blue pill’ (primary) or ‘black pill’ (names reflect the PCB color and they are slightly different, there’s a ‘red pill’ as well, blue has the most pins available) and a slightly more powerful STMF32, which is on a 3D printer controller as well.

There’s a system for Linux/Mac called INDI which is a network aware telescope control software (There’s ASCOM for Windows). I helped make the driver OnStep/INDI, which built upon existing. So now any Linux computer, like a Pi can be used. (I use a ECS Liva mini PC running Kubuntu, because I had it, though for anyone who wants to build their own, I’d highly recommend a Pi 4. More ram is better, but my device runs on 2GB, so not strictly necessary.) Which talks to the mount (OnStep) as well as the DSLR and guide camera, and to my laptop via gigabit ethernet. (You can also use VNC/RDP or similar to do everything on the computer at the mount, but I find that can crash (usually lack of memory), and if you sleep while things are taking pictures, you might wake up grumpy at that.)

When I draw it out (on paper if someone wants to see it), it seems rather complicated, but really is pretty simple. (Or at least as simple as a 3D printer or CNC machine…)

Anyway if people have questions, let me know. I’ll see about adding to this.

@jameslancaster have you (or anyone here) ever built a Newtonian Telescope? I’ve been designing a 10" for a friend and we are getting to the printing stage for the mirror assemblies. I haven’t started the design for the mounting hardward. I’m wondering if anyone has some advice that may save us some rework.

My plan for the baffles is to print each one as a separate part and slide them into the tube and locate off each other. The height of each part will determine the placement of the next. I think I will make the secondary mirror locate that way too.

The primary mirror assembly has 3 8mmx100mm bolts to push from the lower mounting plate against the top mirror plate. I have threaded inserts for these bolts. Then on the top mirror plate I have 3 8mm x 100mm bolts with springs (represented in the copper color) and washers to push the two plates apart. There are nylon lock-nuts underneath to hold the two plates in place once final adjustments are made. 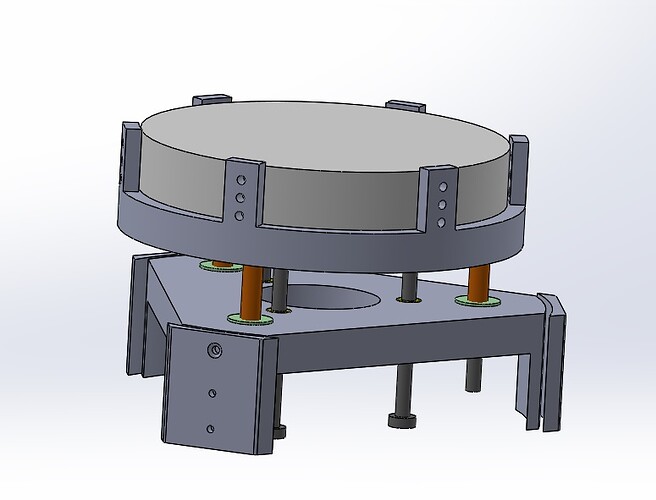 The secondary assembly also uses an 8mmx100mm bolt. It also has two 4mmx100mm guide rods to keep the proper orientation of the secondary mirror. I think the amount of vertical adjustment is way overkill as I think I can get the mirror within a few mm. 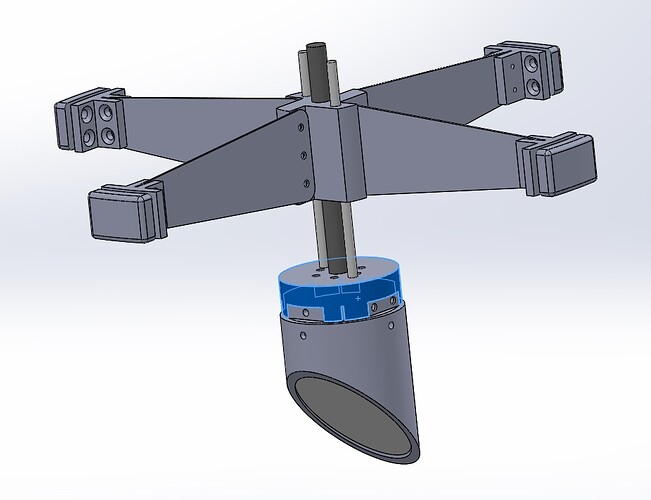 Telescope 3927×711 67.9 KB
I also included some X and Y adjustment for the secondary mirror. 4mm total travel in each direction. Which I think is more than needed. 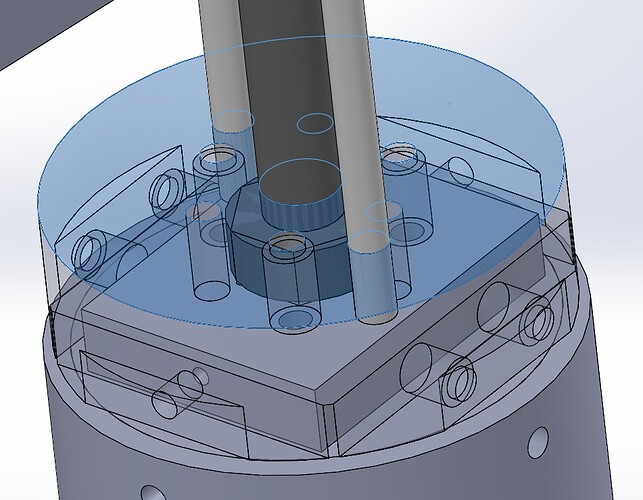 I have a 10" Newtonian telescope that I built 25-30 years ago. I followed a design put out by famed builder and amateur astronomer John Dobson. Mine uses pie plates and nylon for bearings, automotive valve springs for mirror adjusters, and my mirror cell is pretty archaic in design. We didnt have 3D printers back then, and buying the mirrors about broke me at the time.
My only suggestion is this. Make sure that the main mirror cell can be easily adjusted for collimation/re-collimation, and the material that you use has a very small coefficient of expansion or you will be re-collimating every time you have a big temperature change (you may be anyway). I used concrete form tube for my main barrel. It ultimately has crinkled from the weight of the main mirror cell. I need to re-build mine, have the mirrors re-coated, but cant seem to find the time. Good luck with your build. It was very satisfying for me. Go find all the Messier objects. You will have a blast.

Thanks for reviving this post. My wife (also a member) is an astrophotography nut and I think building the control hardware is what I need to get interested enough to go with her.

The telescope design is completed. All of the parts have been printed…at least once. 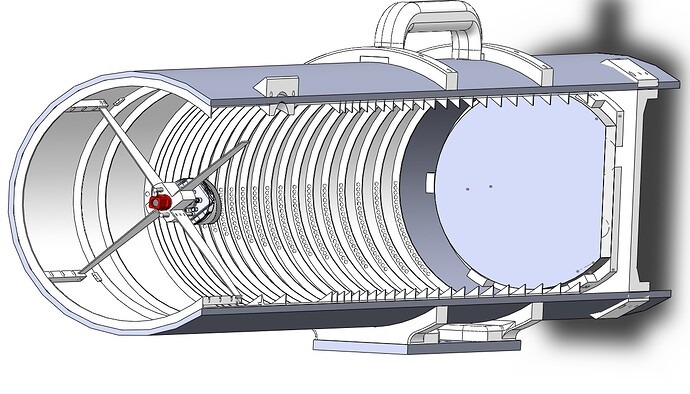 The estimated mass is 20lbs. I think this is going to be close to actual. There are puts and takes…but overall I think we are close. 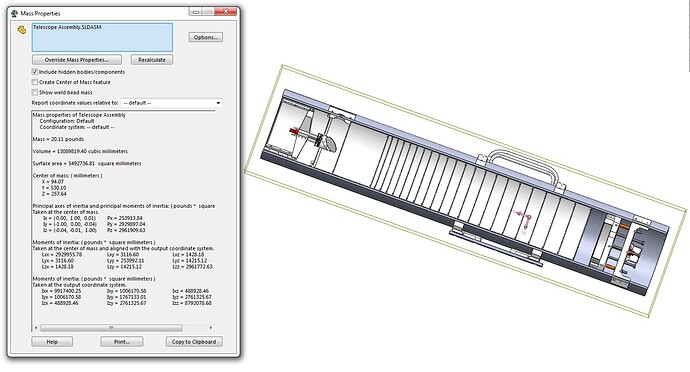 Secondary preliminary design. The mount shown on the computer has evolved. 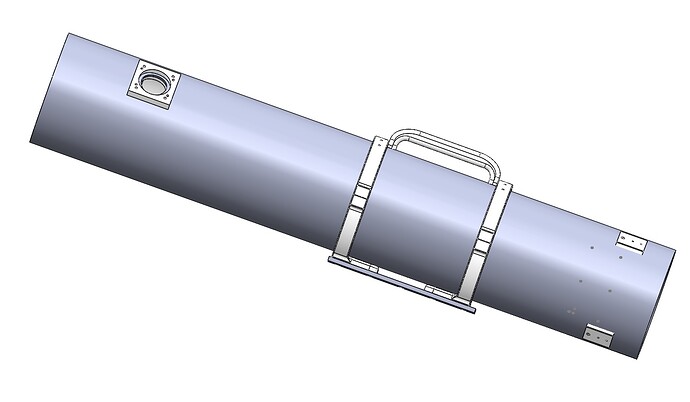 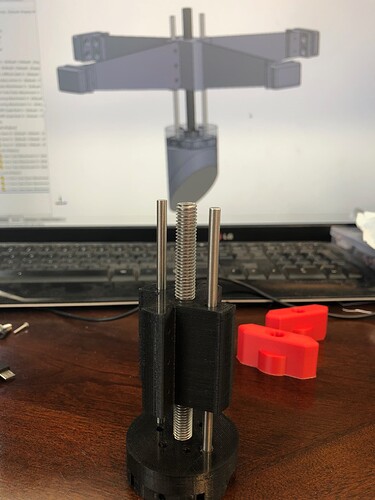 I 3D printed all of the baffles. 23 total baffles plus the focuser, upper ring (which holds the secondary) and a lower spacer. 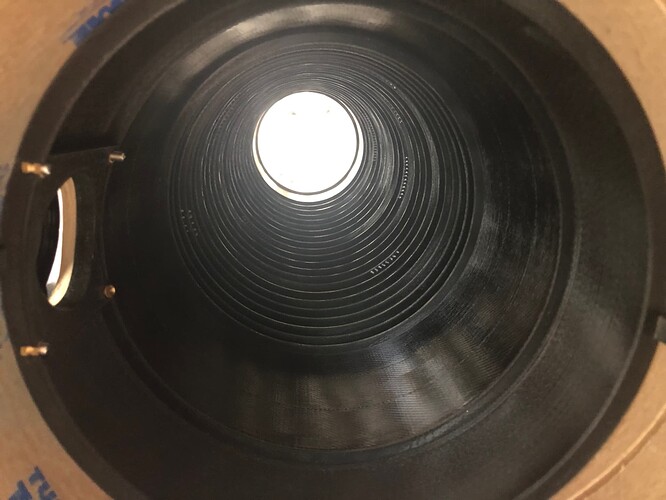 We got the primary mounted last night. 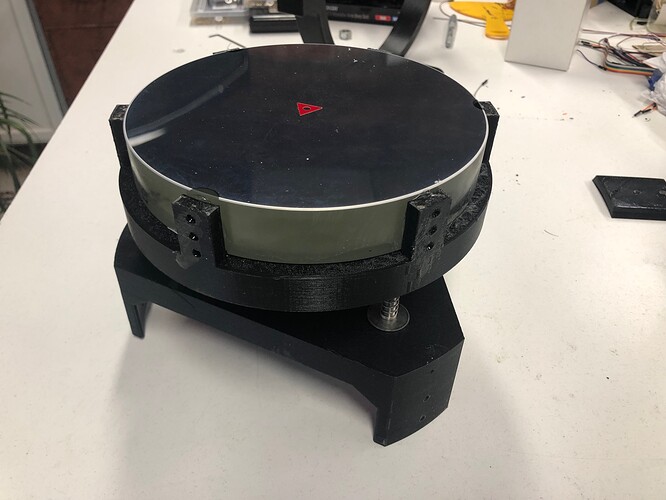 Below is the mounting clamps and handle. I incorporated the spotting scope mount and laser mount into the clamp. 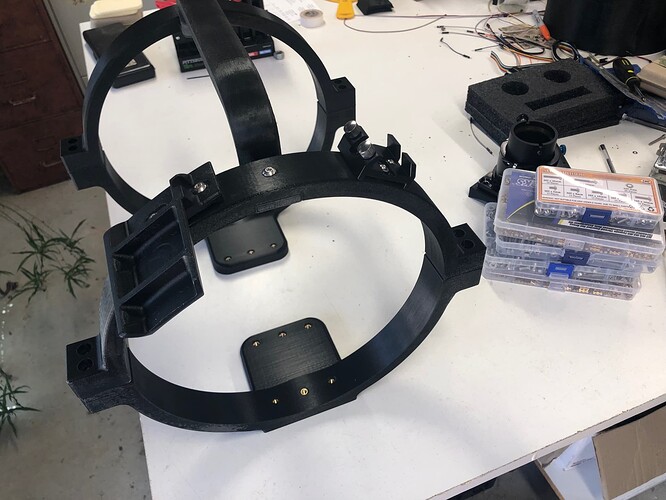 @jameslancaster’s telescope control project is awesome! He was good enough to bring it to the makerspace and give demo’s a few times. It’s because of this I was inspired to buy myself 2 telescopes. One came with motion control and the other is only the body with no stand.

image432×914 57.7 KB
James has always been willing to help me and give his time whenever I’ve worked with him! Sooo appreciated!
6 Likes