Over New Year’s week, I went to Dallas and led a skin on frame kayak building workshop with some friends of mine there. I’ve had prior experience doing this, and got them convinced to build with me. We made four kayaks total using a fuselage style construction for the frame, and skinned with 12 oz nylon fabric coated with a two-part polyurethane. A lot of people think these are fragile vessels, but the resultant skin is incredibly tough. There are videos online showing people plunging a flathead screwdriver into the skin without puncturing it.

The boat is the modern equivalent of the traditional skin on frame kayaks built by the Inuit people. The frame components are held rigid with a lashing method using artificial sinew, so no glue, nails, or screws are used to build the frame. The only screws used are to hold the foot brace in place on the frame, although that could have easily been done with sinew as well.

It was a tough week to build four of these, but we got it done! Once I get a chance to get out on the water this week, I’ll upload some more pictures of it in use. 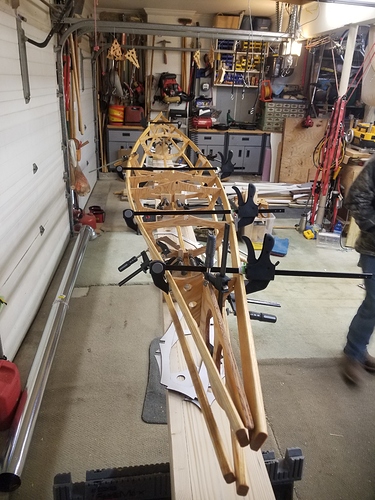 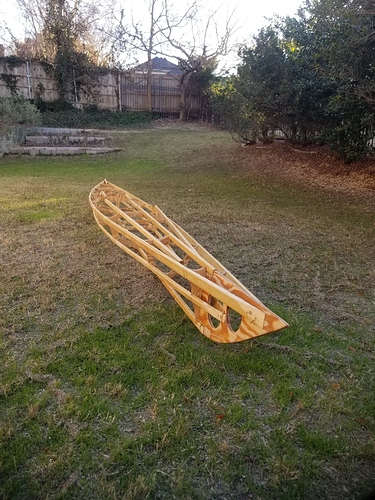 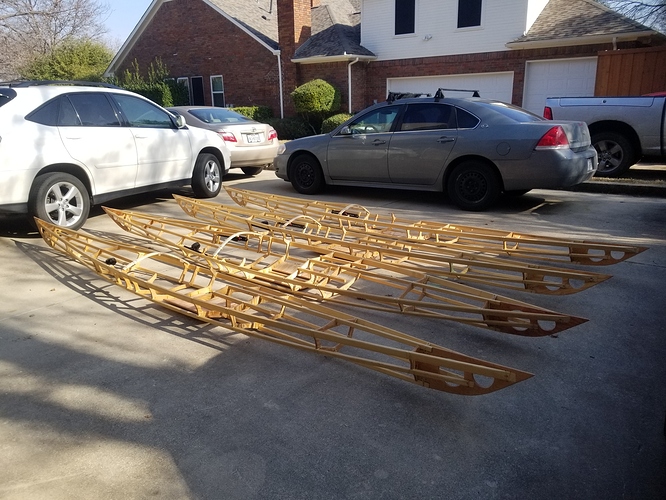 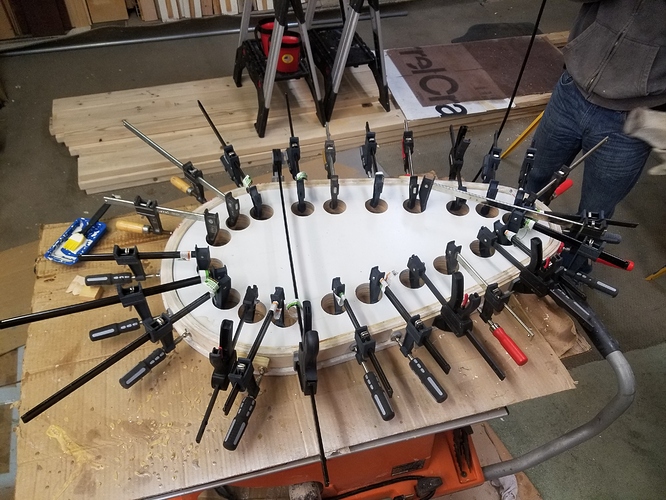 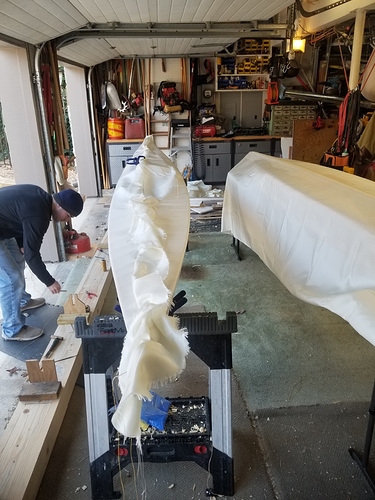 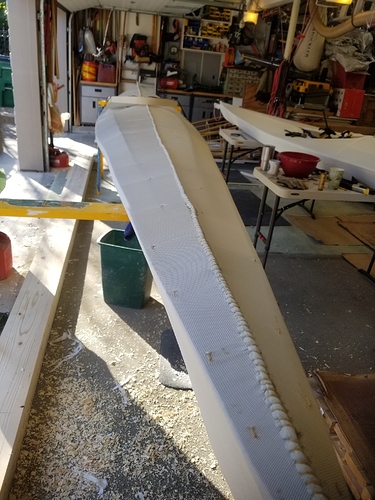 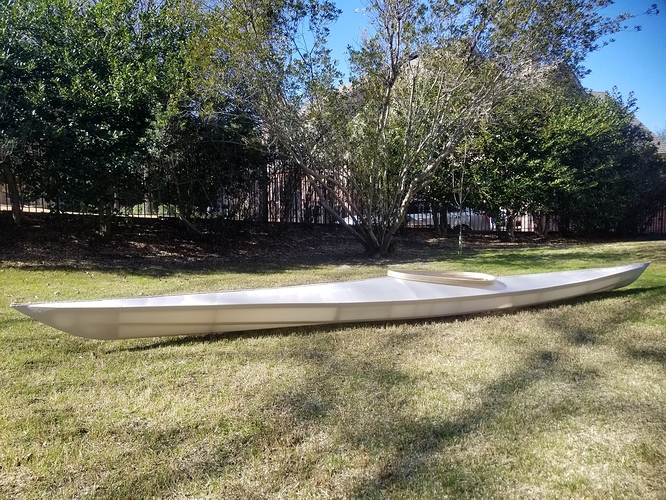 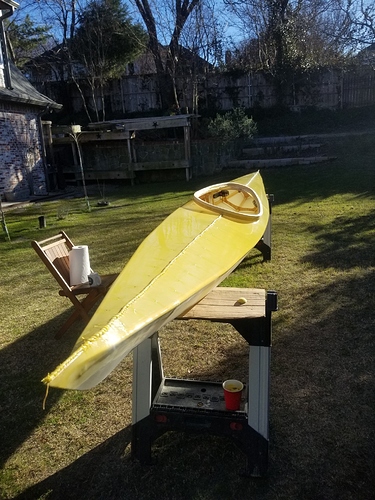 Wow very exciting and what a great job you all did!!! Hope you had a blast.

Thank you! I really did have a wonderful time. It’s a lot of work, but it’s fun work!

I just finished up at the shop today making a paddle to go along with it! This is a Greenland paddle, commonly used with this style of boat. It’s not quite done yet - I need to let the wood dry out a bit, then finish shaping the handle, sand, and finish, but it’s almost there! 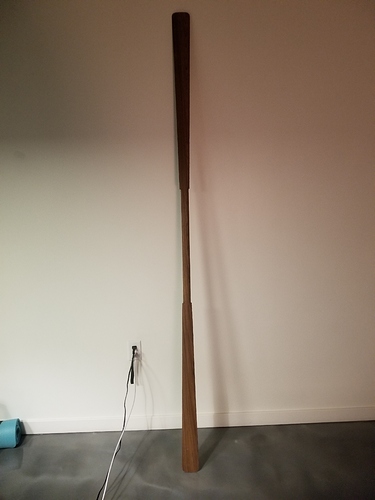 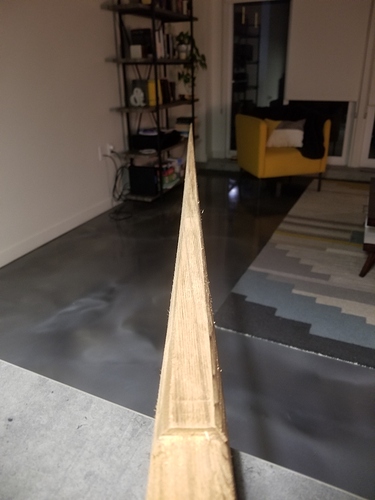 Nice!! You could have used that Kayak yesterday on our street. Be sure and post pictures when you get it on the water.

Here we are on the water! It’s a beautiful boat. Definitely a touring kayak!

I actually think I might sell this one so I can make another. I’ve already been designing and have the bug to build again, but I can’t justify having two of these things stuffed into my apartment! 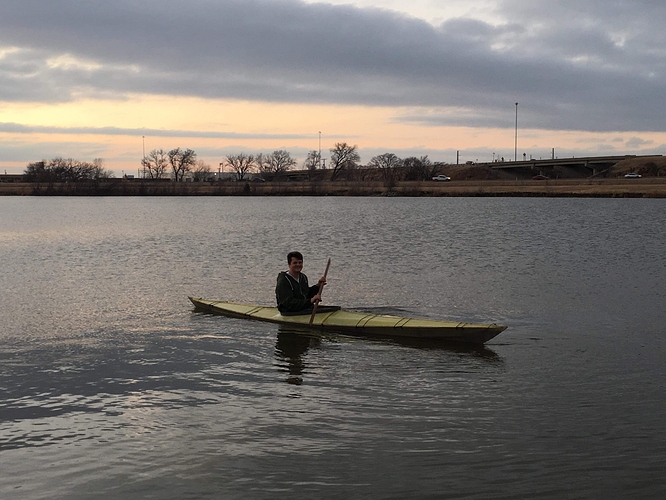 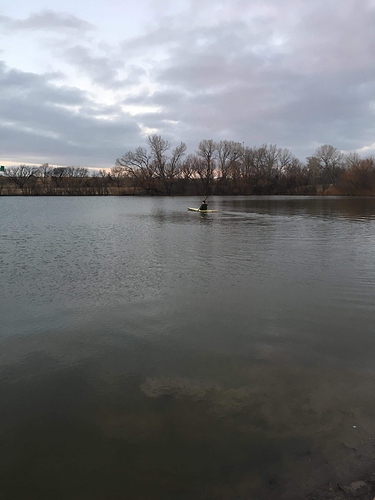