Powder coat oven - down for repairs

Apparently the solid state relay on the ez-bake powder coating oven is not working reliably… So a lock out tag out has been placed on the oven.

At this point, the plan is to replace the relay with a beefier model that should handle the load from the 50a 220v circuit. I’m also looking at adding a paddle switch to cut all power to the circuit to be on the safe side. 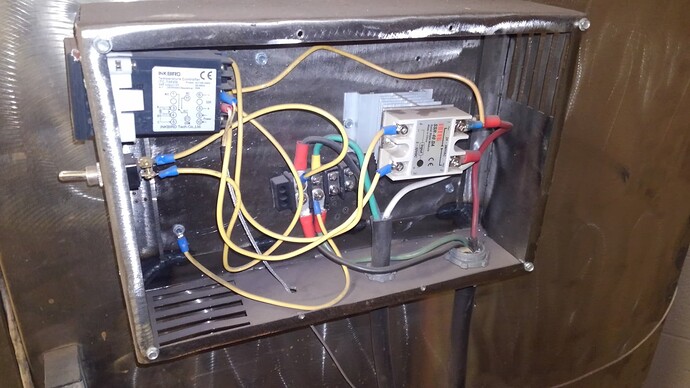 FYI, there’s a lot of fake fotek SSRs out there. I’ve found that out the hard way when it overheated and started smelling. The “40a” SSR couldn’t handle a less than 15a load…
It’s bad enough that a number of youtubers have made videos on it.

I suggest buying one from a major company like Mouser, Digikey, Allied Electrics or Grainger to help keep from getting a fake SSR.
Ebay and Amazon are full of the fake SSRs.

If you aren’t aware there is a chip shortage (and a lumber and a steel and a …) people are smuggling chips across boarders. Counterfeit parts are every-friggen-where. That’s partly how I make my living.

I would derate by 15% and buy from a reputable source. Actually I did on a board just now do all that. So … yea me… i guess.

There is a plan gearing up to rebuild and automate this piece of equipment. But I will let them elaborate on that.

The 50a SSR that came in today seems to have more heft to it than the 40a SSR (as expected), but I was definitely leary of the $10 price tag from Amazon, but I’m not 100% sure when the 100a SSR from MGR is suppose to show up.

I’ve swapped in the 50a SSR and brought the oven up to temp for a few minutes and then turned off the oven with the switch. It seems like the new switch is working.

Also, there is an led on the new SSR that is on whenever the ssr is pushing power to the heating element. I’ve drilled a hole in the side of the electrical box cover to make it easier to see the light.

For the time being, the lock out tag out is off of the oven, but I highly recommend unplugging the oven when you are done cooking your powder coated parts for the day. 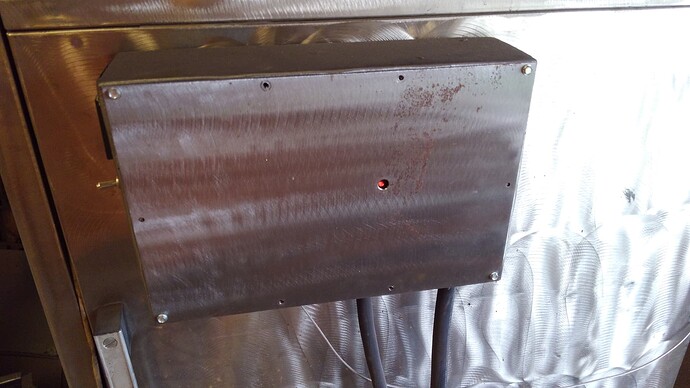