Hey guys, Michael and I went to show how to use the oxy/acetylene torch tuesday night and got almost no pressure out of the acetylene regulator. It seems like there is still a lot of pressure left in the acetylene bottle and I am doubtful we burned through an entire acetylene bottle while barely putting a dent in the pressure in the oxygen bottle.

I took both the oxygen and acetylene regulators in today to get serviced. We should have them back early next week.

I’m also waiting on a new drag tip to show up for the hypertherm 30, apparently air/gas is out of them right now.

With any luck, both should be up and running at 100% of their capabilities early next week.

On the plus side, I was able to take the 2nd set of oxy/ acytelene bottles in to get recertified, so we now have a spare set incase we really did empty out the acetylene bottle.

Also, THIS GOES FOR ANY OF THE BIG UPRIGHT GAS BOTTLES IN THE HOT METALSHOP: IF ANY OF THE BOTTLES GETS CLOSE TO 100PSI LEFT IN THE TANK, SHOOT AN EMAIL TO METALSHOP@MAKEICT.ORG SO THAT WE CAN GET THEM REFILLED!

Got the gauges back and also did a quick cleaning of the rose bud tip currently on the rig.

Sounded like there wasn’t much to rebuilding the gauges and it only took me a couple minutes to wire brush and clean the tip. 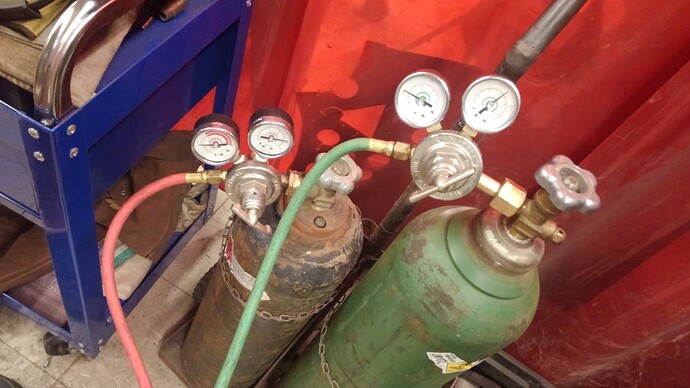 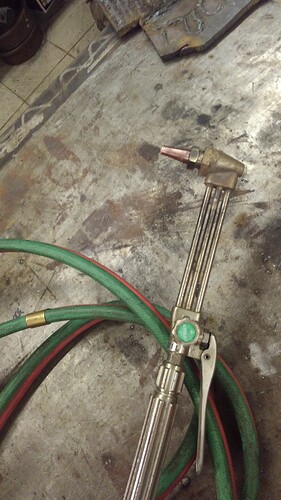