Anyone going to Makerfaire this weekend?

We’re going up on Friday night - will be at RJ’s in Mission for dinner. Both of us on Saturday all day, and Daryl alone on Sunday while I travel for work.

We’ve gone every year, and hope that this one isn’t the last…

I was thinking of making it a day trip on Saturday.

I’d be willing to carpool up on Saturday morning with whoever was game for going… if they don’t mind sharing space with a lithium powered dragon.

The KC Maker fair was pretty massive! I was only able to check things out for a few hours to avoid the storms, but the place was packed inside and out with makers and events. Word of warning: I got there at about 10:15 and it took me about another 15 minutes to find a place to park (the parking garage was $10 and I ended up parked on the 4th story, and it was another $17 for a 1 day pass).

There were 4 other makerspaces there and it was pretty cool to see the different focuses from each one. Arcade stations from Hammer Forge, belt looms from Atomic Labs, Inventor Forge with 1 of their 15 prusa 3d printers, and Hawk Works (sponsored by KU) with their singing Tesla coils and turbo jet powered go-kart (I don’t think they were legal for the power wheels racing series). I exchanged business cards with all of them and I might just have to do a road trip to check all of them out someday.

KC was definitely setup for all ages from a slime making station to the low rider car show. They had set times for certain events like the power wheels races and the formable chocolate demonstration, but I was a little let down that I couldn’t find a list of all the makers present.

I was a bit surprised by the corporate presence there. JeDunn had a huge area blockaded off for making wooden tool boxes. There was also a full playing field setup and going for FIRST Robotics with teams doing a mock competition (who apparently are going to be backed by Disney for a Star Wars themed game next season). They also had the ARMY out recruiting kids and letting them check out their Humvee and other equipment.

There was probably a lot more there that I missed but it was excellent seeing a different variety of makers out there. 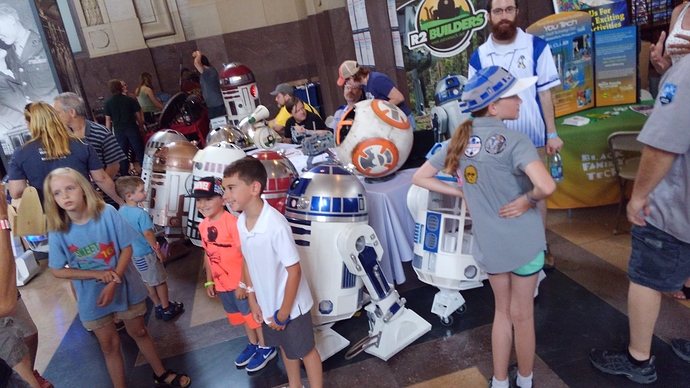 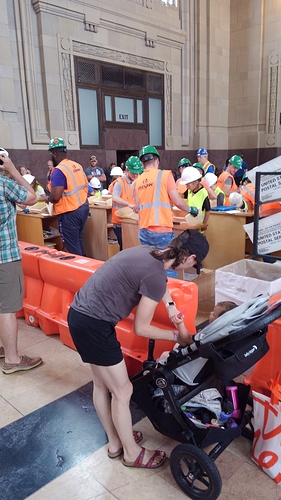 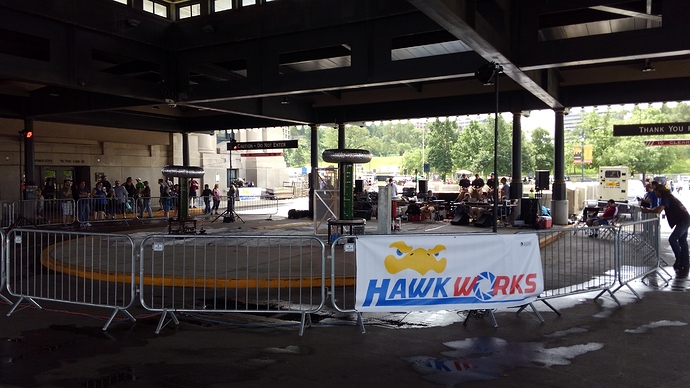 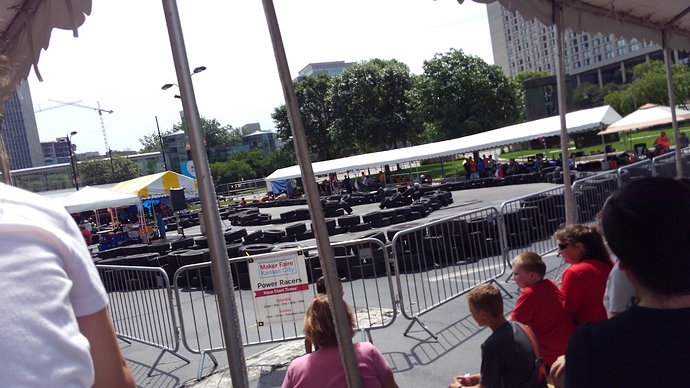 We’ve been to all of these. This was was a lot smaller than the last few years, but in a good way. Last year there were about two dozen 3D printers, which, while cool, aren’t the draw they used to be.

This was about the right size for me. Enough that I can see some things, but not so much that I’m overwhelmed. I missed some of the artisans from last year though.

I wrote a little more about it.

On Saturday we went to Maker Faire in KC. After lots of hemming and hawing, we drove and parked onsite. There was a cool art installation in the courtyard.

Hope it continues next year. I could see Science City picking it up if Make is no longer doing it.

The only 2 Faires Make produced were Bay Area and New York. All the other Faires paid a yearly licensing fee and used their data collection system and website. I’m sure each city has the mechanism in place to continue the faire even if the name no longer exist.