I want to use the laser table for many things, but one specific thing I have in mind is light boxes.

By “light box,” I’m referring to a 3D diorama made from layers of cut wood and possibly other thin materials, placed in frames from front to back to create a scene, with lights in the back to add depth and make it pretty.

I used an under-counter LED strip with motion sensor to make this one, so that it doesn’t need to be switched on and off but lights up whenever I pass by it (which is often, since I put it by the front door).

It’s the Everdoor from the game Spiritfarer-- a portal between a limbo-like afterlife where the game takes place, and the “final destination.” It’s where your character, subbing for the ferryman Charon, takes each soul once they’ve decided they’re ready to go. I cried at several of these scenes.

I also cried at various points making my Everdoor lightbox, shortly after my father died in March. It was a project just for me, something I had to do.

The Everdoor design is based on the the Rakotzbrücke, “Devil’s Bridge,” in Gablenz, Germany.

I made this lightbox without any plans, at least from any source aside from my own head, which means I screwed up a lot. Like…

That’s hardly all of the goof-ups, just some particularly notable ones.

You can surely see how much of a novice project this was, but I love it, and want to make more (though not more Everdoors). I’m especially happy with the decision to make the water translucent so that the light can shine through the scene from top to bottom, rather being restricted to above a horizon. Also I’m glad I put a clear layer of acrylic on the front, because this thing would be a nightmare to dust. 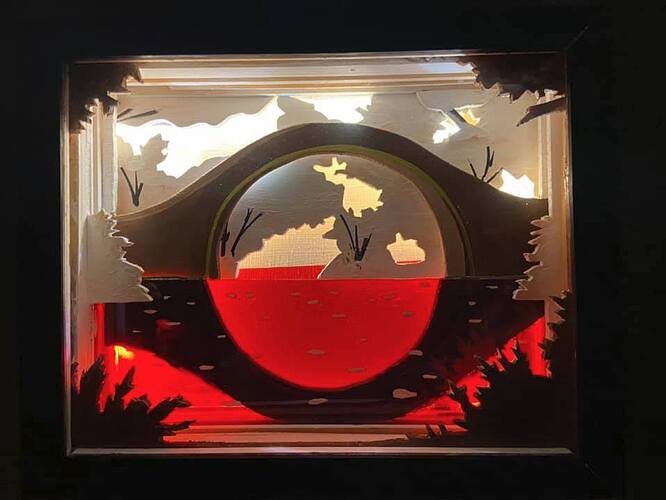 Next one in progress. It’s taking forever, but it’s really in progress! Really!

Right now the major barrier is just how much I suck at making boxes. I tried to build one to go around the outside, and last night it fell apart. Seriously. laughcry 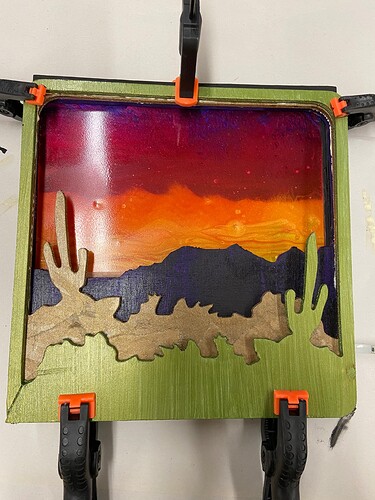 Wow, you really nailed the look and feel of the Everdoor!