it needs to be emptied. This is getting old, having to be the parent and clean up after others. 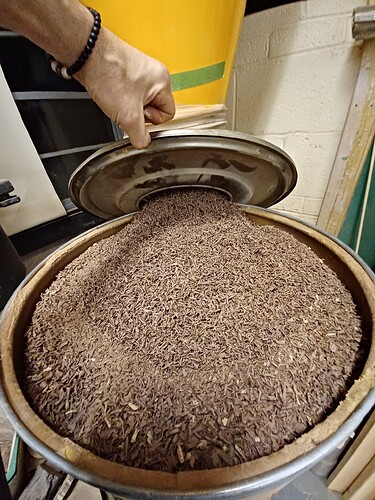 Is that walnut? Did they fill out the form so somebody can confront them about it?

Last fill out was Monday for walnut. I kind of believe that this was done more recently than Monday. Either they dont know, or dont care. Either way, its irritating and oh so not being excellent.

Wow, that could not get more full. Is this topic covered in the woodshop authorization class? I haven’t taken the class yet, so I don’t know. Also, is there any way to get a visual indication on the collected dust level? Perhaps add some clear plastic strips to the barrel with a light behind so users can see how full the barrel is? In my home shop, the dust collector bin is often forgotten. I don’t have to empty it very often, so unless I am running it a lot, I don’t think about it. OR How about adding a dry erase sticker to the collector where users can write a “last emptied” date?

There are “windows” cut into the side of the collection barrel so that you can tell how full it is at a glance. The drawback with a form is not everyone will fill it out. Unfortunately we had no garbage bags to empty the barrel into, so i got an extra dose of dust when I emptied it all into the dumpster.

We need a camera in the wood shop.

I have a new Blink Mini camera that did not work for my application (the camera works fine the software is incompatible for my needs).

Aaron will probably see me this Tuesday.

Please know I’ve been following this since the start, but forgot to reply on this thread.

I am talking with Security and IT, regarding these issues.

@sheldonp1968 any details you can share? What time did you see this? Was the whole can walnut?

@wjt I’ll take it for $20 and get from you Tuesday. If it matters, we’re trying to put up a few cameras and it may happen that the blink is used in another instance, but I’m sure it will be put to good use

The can was predominantly walnut as well as what was plugged up inside the collector as well, which was about half of the smaller grey trashcan that I shoved underneath to get the rest out, using a scrap stick to get it unjammed. This should be more intensely? pointed out to those seeking to get shop authorization. Perhaps signage of some sort “dont let this happen” with the most recent pic from the top of this thread. I dont want to discourage use of the woodshop, just want to exercise that its a Shared Space and cleaning up after is part of that. I did also suck all of the dust out of the grizzly, planer undrneath, and joiner and the smaller bandsaw as i was already cleaning. Perhaps putting the box of enormously large bags on top of the catch can would help too. On that note, perhaps also stressing that putting away hand tools would be nice as opening a drawer to find the squares and hammers not being there is also equally frustrating. Maybe putting up some sort of pegboard for constant use shop tools might be helpful and having extra duplicate tools stowed away.

I see all those wood shavings and I INSTANTLY start thinking… "what can I make with these…How can this stuff be used?..I don’t even know if this stuff in the drum can be used for gardening. Just an idea. 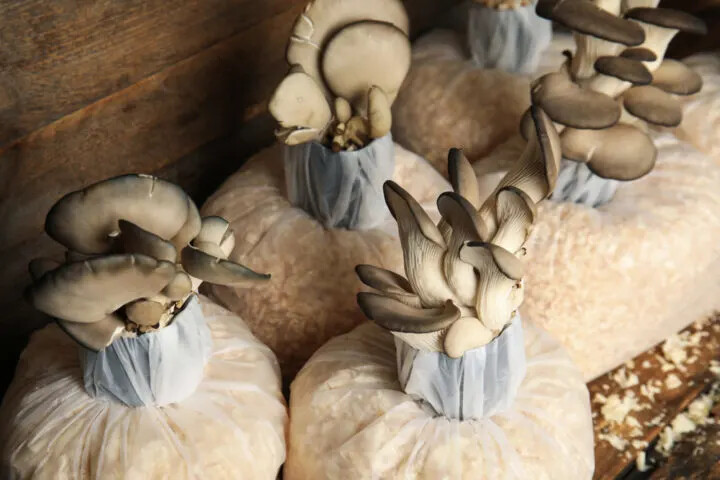 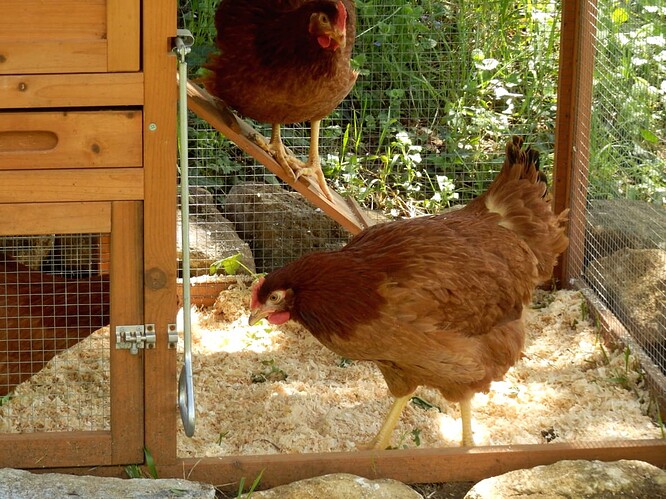 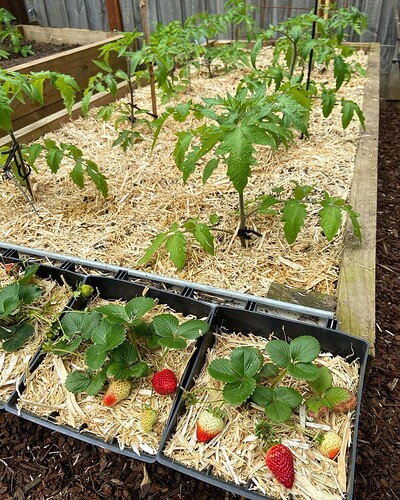 Black walnut contains a compound called juglone that kills most other plants so it is counterproductive for gardening. Black walnut is also exquisitely toxic to horses (as little as 20% of shavings in bedding will cause profound, easily fatal symptoms in just a few hours, from just standing in it) so we tend to avoid the shavings around other animals.

We used purple heart on thursday, and i saw Sherry filled out both forms. The bin was low when we left Thursday night.

How difficult would it be to add badge access to the woodshop machines?

I would guess it to not be trivial. However, I also think that the hassle of needing to badge into every machine each time you needed it would far outweigh the advantages of having controlled access. Think about the amount of jumping back and forth between machines that one does when building something. Even something simple, like ripping some lumber on the table saw would become a hassle because every time you turned to saw off to adjust the fence, you would need to reactivate it. In the end, it would lead to more unsafe use because people would be tempted to leave machines running while making measurements and performing other tasks so as to avoid the need to badge in again. These machines are not like the Tormach or a laser cutter where you badge in, the machine turns on but doesn’t run a program immediately and then stays running after you run a program so there is no need to badge in again. When you turn the jointer off, it is off. (One exception would, in fact, be the saw stop, which already gets left on overnight seemingly more than it gets turned off. So, that might actually be useful, but how long would you allow it to stay on before needing to be badged in again? What happens if another user needs to cut a board in the middle of somebody’s project? Does the original user become responsible for the second person’s actions? There are other complications, but I need to go answer the door.)

perhaps just a separate badge in to use the woodshop. I know that wont be much of a deterrent from someone being a lazy slob (yeah i said it) but it might make tracking down the responsible offender easier, that and a camera. I

That had been planned at the old location. Those doors had electrical sensed crash bars so that egress could be quick in an emergency ( not so much if power went out).

Crash bars similar to the front door at 1500 E Douglas would be required. I was actually surprised we aren’t already required to have them on both wood shop and both metal shop doors along with door closers and signage requiring doors not be propped open.

Is a dust bin sensor feasible? I’ve seen ones that light up when full or approaching full. Maybe y’all can rig one to scream like a banshee.

Having a sudden screaming banshee erupting when using a power tool is a dangerous suggestion. Please don’t put people in danger.