I made (and fixed) some stuff

I stopped in tonight to finish up a woodworking project, the stretcher frame that I glued up last night. As I was getting ready to leave, I noticed that the exit door still had the sign saying not to use it, so I used it. And it worked. But it didn’t work as well as it should. I noticed that even though somebody has oiled it up, the push bar still didn’t return smoothly. I could hear it dragging, so I took a look at it. I found that it was dragging on the shroud at the latch, so I removed some material from the shroud so it doesn’t drag anymore. I’ll let somebody at a higher paygrade than me decide to remove the sign, but I see no reason for it to remain.

In the process of fixing that, I got a little irritated with the hammer and prop rod holding the lids open on the metalshop toolboxes. So, I replaced one gas strut on each with a semi-permanent prop rod. If the lids ever need to be closed, the new pieces will have to be taken off, but they don’t get closed often as is. So, until somebody wants to spend money on new gas struts, these should do. 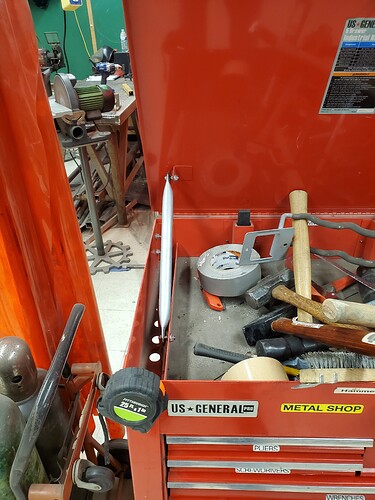 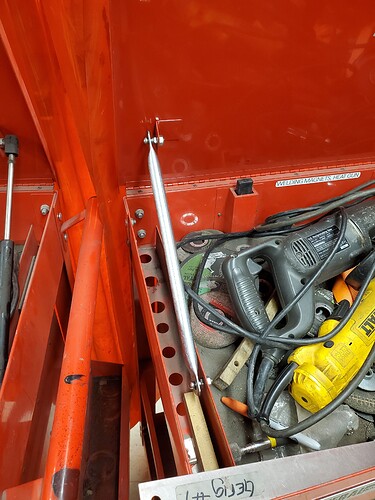 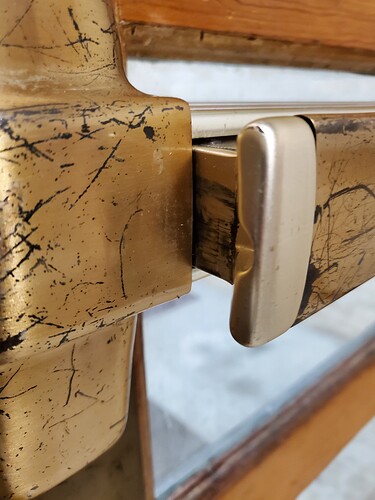 The prop rods were on my ‘to do’ list somewhere under getting vices bolted down in the Cold Metal Shop. I was halfway tempted to just remove the tops, but the prop rods definitely look nicer than half an exposed piano hinge.

I think the entry door was on another maker’s to do list.

…I’m starting to wonder if it would help if we had a quick way to put a sticker on stuff that says something to the effect of ‘yes this is a known problem, found by so and so, plan to start fixing by so and so on XX/XX/XXXX date’.

I’ve tacked a ‘to do’ list to the cork board in the metalshop.

There’s a couple things I should have added to the list, but at least it’s a start. (Still need to figure out how to hook up a vacuum to the exhaust of the sand blaster)