In case people are looking for one more project to keep them busy:

Looks like this soap box style race goes on in Plainview park and I’m a bit surprised to see that it’s a .3 mile run.

I’m not sure how often they’re doing these events but it looks like they just did one a week ago.

Kinda makes me thing of the electric endurance racers Matherton and I built in highschool. It’d be fun to try in November and doesn’t have to be a super serious build

That looks like a blast! I won the soap box derby as a kid in cub scouts. 2x4, a bit of plywood for the seat, and big wheels rear wheels at the rest and lawn mower wheels on the front. The rear wheels were hard plastic so at the bottom of the hill when I would pull the brake, which was just a lever that dragged on the road, it would always spin out and I would go around 2 or 3 times before stopping. Everybody, kids anyway, thought that was so cool!

I won the soap box derby as a kid in cub scouts.

Do you know what year that was? It’s likely I’m the one who loaded your Soap Box Derby car into a pickup and carted it back up to the top of the hill. I did that for quite a while. 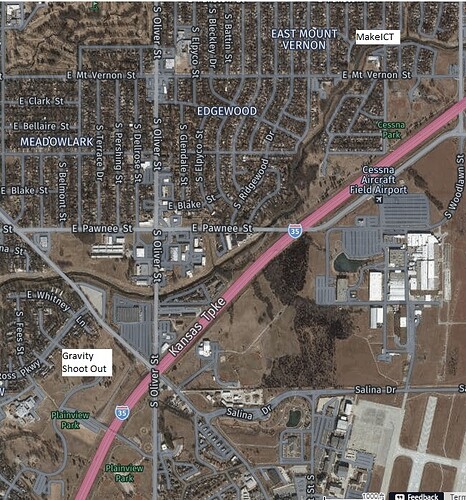 Doubtful. It was probably around 1984, but up in Olathe.

I’m definitely not able to support this idea in practice, but a ‘repair shop’ or ‘crash cart’ would be super cool.

One makerfair I had an equipment cart with tools and soldering iron and stuff, so that if someone needed to fix something but didn’t have a tool, all they needed to do is ask.