I’ve procured a donation of a substantial amount of fire brick both soft and hard for the makerspace. This is a couple thousand dollars worth of brick. I don’t have a flatbed trailer to use to transport it. The bricks are approximately 375 miles away in Iowa.

I’ve told several members about this but here this first I’ve talked about it on the internet.

I’ve seen talk of trailers being offered for use locally but I’m just curious if any member has a trailer with the capacity to hold around 6k lbs and would be willing to offer it for retrieving these bricks. 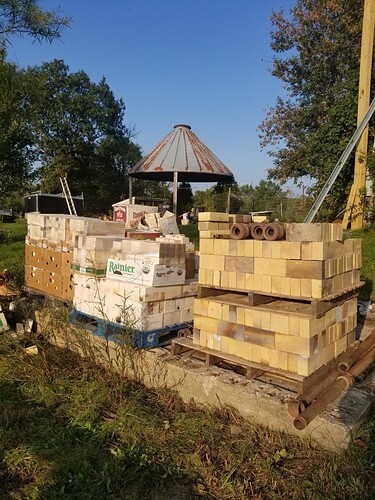 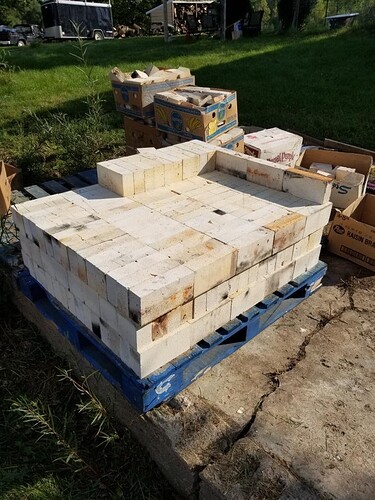 Mine would be maxed out plus a little too get that much, but I might be willing to bring some back. Does the space reimburse fuel for something like this?

I just went back and did the math. It’s less than 500 of each type and typical hard fire brick weighs 8lbs per brick and 2 lbs for soft. So it’ll end up being less than 5000 lbs. I suppose we could load a pallet of the hard brick into the pickup to reduce some of that trailer weight.

As far as fuel reimbursement that’s be something you’d have to ask about. I wasn’t expecting anything.

Let me know if we can make that work for your trailer or if that’s still too much.

In other news I just signed up for your drill sharpening class.

Cool. 5k is better. When does it have to picked up?

Sent you a PM.

It’s unfortunate that this hasn’t been discussed with the board first.
What is the fire brick for? Where will it be stored? Is it enough to complete whatever the plan is for it? Has this been discussed with Inventory and Procurement Committee. I’m sure you’ll think me a wet blanket but there is a process for adding to the maker space that we should adhere to.

Was this process observed when individuals purchased 1500 dollars worth of lockers that have generated 0 revenue, have taken hours of volunteer time and many more yet to be determined to finish the installment of, and still no plan of getting people in their lockers for when they forget the combo or any sort of clear organization.

Asking for a couple or board members and many regular members.

I’d be happy to let all the people excited about rebuilding our gas kiln, possibly building some small forges for metal and jewelry work, and talk of a future wood fire and or raku kiln know I can no longer donate these materials.

Because of a do as a I say not as a I do attitude and enforcement of rules and policies.

I completely agree with Devin on this. There’s got to be a better way to go about decision making for MakeICT than what’s been laid out in this post. This kind of offer should be celebrated and encouraged, not doused with bureaucracy from the get-go. This is an awesome opportunity and people who will never use them are supposed to tell paying members whether they can have them for their space? This kind of thinking will have members leaving in droves. And last time I checked, we need new members.

I’m not finding the approval to spend $1500 on lockers in any of the board meeting minutes. I can’t remember who told me they were a donation the first time I saw them in the building. 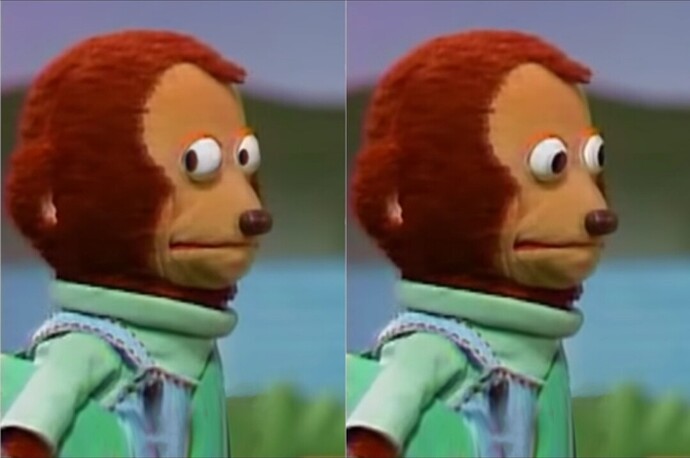 For anyone curious as to what our actual donation policy is…

You’ll notice no where does it say donations must be discussed with the board whatsoever.

I just found it absolutely hilarious that someone who has themselves disregarded our rules and policies would question me or anyone who seeks to improve our space for our members through the procurement of FREE materials.

That also implies that the inventory committee could accept donations for an area. E.G. I come in to the ERP lab to a half dozen CRT monitors that were donated.

I would be unhappy.

I’m sure Anna or Tarka would consult with an area lead before accepting a donation on their behalf.

But who knows James you deserve a special kind of treatment sometimes!

Lol! I’m a bit elusive but I don’t know about special treatment.

How does an individual get in on this firebrick thing. Seems to me that 8 or 9 fire brick and a solid propane torch could … I dunno… heat high carbon steel beyond the magnetic point?

I think you just did it.
Congrats.

I’m glad that you’ve discussed it with the area leads for ceramics and the inventory and procurement committee, that’s a step in the right direction. I assume the fire bricks then are to build an outdoor kiln? While that is in the purview of the ceramics department and they have the initial responsibility to okay it since they’ll be taking care of it; @pwhutchi @ScottS.

It’s a wider issue than Ceramics for MakeICT since we will have to find an appropriate spot on the campus to locate it and fit it into our master plan for our acreage, all things that are possible. The MABCD, as gleaned from past discussions with them, takes a dim view of natural fire kilns located inside buildings. Outside the building they’re acceptable but have distance regulations, hence putting it on the Boards radar allows us to marshal resources to make it happen, as opposed to setting a hoard of fire bricks on the property and then figuring it out. A great example of how this worked recently is the discussion around putting up a radio antenna for ERP and the amateur radio club. Devin you jumped to reading my earlier post as a No, it was not. Yes, I used the word ‘board’ when I meant it in the more general proscription for the chain of command at MakeICT that ends ultimately with the board.

I think that for any donation the first conversation is with the Area Lead and then with Inventory and Procurement, and then if something is going to cost money to maintain, complete or as reimbursement, the Board. However, that is really only the case if the item in question is contained entirely within the confines of a single Area.

@SeanSandefur, to your assertion that this is a bureaucratic mess I would counter that it is not nearly the mess that allowing 400 members to do whatever they want whenever they want would present. We are a community that organizes around a hierarchical system as laid out in our by-laws that maintains a space for the benefit of ALL our members. We are all paying members here and we are all part of the community attempting to make the best decisions possible to increase the usefulness of MakeICT. I simply asked for further details about this mission for bricks because it would be a bummer, and we’ve seen it before, to have all these bricks show up on our property with no clear plan for what they’re being used for, how it will be accomplished, how that will be paid for, or where it will go. These are not hard questions and they’re not unusual.

Your Board is here to facilitate the areas and help them to make the most of the resources available to them but that requires that they be clued in early so that they may marshal the maximum help possible without having to rob other areas to do it or go further into debt. We have already gone through a period of failure that had members leaving in droves and it was not because of too much bureaucracy.

Finally, to the matter of the lockers and why that is different. The lockers were purchased without explicit approval of the board because we felt that it fell within the discretionary renovation spending of the AdHoc Renovation committee. The decision to purchase the lockers was made by two active board members and it was time sensitive. We had a plan for installation, location and revenue, as well as, a budget that allowed for it. That is the difference. The lockers will generate both revenue and added value to our space, as I assume a kiln would too. Those of us familiar with the timetable that volunteer labor lives on would argue that the lockers are being put in place at a very acceptable pace. Obviously it could go faster with more hands but we do what we can with the able and diligent folks that show up on Tuesday evenings to volunteer their time to complete the renovations and we ask of them only what they are available to give. You are welcome to join us this evening to complete the lockers, I will be at the building by 6 for our routine work night. The rest of your assertions about locks and whatever are baseless.

I hope this clears up my position and encourages you to fill in the blanks on the fire brick donation rather than abandon the whole project at the first hurdle. MakeICT is always striving to be an inclusive place but we are still a hierarchy and it is neither unusual nor out of character for me to ask for clarification on something that effects the bottom line of MakeICT or the facility; it is my duty as President.
I am always available for further discussion if you wish to seek me out.

That does clear up some things.

I’ve seen first hand rampant donations. The mess and chaos of the “hackables” is a sad tale of good intentions and old printers. I guess what we need at this point is a discussion of what these bricks in paticular.

How many are there?
What projects are they being used in?
What is the timeline for those projects?
Where are they going to be before, during, and after the project.

This did look to be a considerable volume of firebrick material.

These responses you craft for the forum sound really nice.

I never once mentioned storing any firebrick anywhere at any time on the property.

If you read what I said they would be used for- you wouldn’t assume incorrect things.

It’s crazy there are regulations regarding those things. If only we had a member who was also a member of the inspecting agency for these things cough @ChrisFleming

I wonder if I should have already discussed regulations regarding distance for the gas kiln and being in compliance. Oh wait I did start that conversation and process.

The fact of the matter is you inserted yourself into a conversation between individuals about transporting materials between point a and b neither place ( the generous artist and my garage) of which you have any authority to do so.

I’m glad the truth is finally coming to light about the absolutely atrocious and horrible decision to purchase the lockers. The one thing you are missing is I spent a couple hours with the fellow working on lockers helping him align a difficult group so they would be operable. Or the fact that I spent my own money replacing the key I told him was about to break that he proceeded to break.