Do we have an inductance meter (or some alternate way to measure inductance)?

First, I’m a bit of a hack when it comes to electronics.

I have a large cache of about a half dozen different values of raw audio speaker crossover inductor components. There is some value in these for the right individuals. I’m trying to figure out exactly what I have so that I can sell them as efficiently as possible.

I basically need to hash out:

Awkwardly, I have a Woofer Tester that is likely more than capable of telling me what I need but when I went about his several years ago I couldn’t get it to tell me anything that matched what I knew when testing inductors of known values. More awkwardly, I’m also capable of using this tool to measure T/S parameters of loudspeakers which “should” be more involved than a simple inductance measurement.

Welcome to the homesite of the Woofer Tester

Sounds like your inductors are beefier than my meter can handle but you can try.

On the north bench there is a small unassuming board with an lcd screen.
It will test inductance, but maybe not that big of a part.

There is another way but I need a keyboard. I’ll make a note of it to explain tonight

Hey, I’ve got some strange wires and stuff. Things called… Chip Nano Pico and Z LEDs voltage 5-12 volts DC. LED Alternator Circuit. Universal Solid LEDs for Transformer. No clue what these things are or what they are used for. They are still in wrapper and boxes. Never been touched. Someone gave them to me since I’m “crafty”. I’ll never use them because I have no idea what they are for and I know nothing about anything electronic other than you plug it in to an outlet. If anyone want this stuff let me know and I’ll drop it off Thursday.

James,
I’ll take a look at what we have. Also, if you have any alternative methods I’d be interested as well. I did some Googling before I posted here and there did seem to be some options but then I remembered this forum and thought I check to see if an easy button might exist at MakeICT.
Thanks for the help.

Michelle,
I googled “Chip Nano Pico and Z LEDs voltage 5-12 volts DC. LED Alternator Circuit. Universal Solid LEDs for Transformer”. They appear to be LED lights, possibly along with the power supply supply to make them work. They could be used for anything and I’m sure someone could find a creative use for them. Even if they are just lights with no power supply something as simple as a hacked USB charger would do the trick. Things like this look pretty cool when integrated into 3D printed projects.
Aaron

All you really need to test inductance is a resistor and a voltage source. Oh and an oscope.

there there is a regulated 12 volt DC output Adapter Transformer. I’m just going to bring it in, put it on a table and leave a freebie note

Ok so ideally for this case you would want a VNA. you can set the start frequency at 20hz and the end freq to 20kHz and one wire is s1 the other wire is s2 and look at your S21 parameters (I think, sometimes I get my s params confused). it should make an interesting curve on the screen if you have it set to smith chart, but what does it MEAN?!!

what is probably more meaningful for you, and I highly recommend this, is to connect the inductor up to a waveform generator and look at the signal with a scope.
you’ll want a clean signal, so use a sine wave. A perfect square wave is made up of an infinite number of sine waves, or rather, a square wave has many many frequency components in it. we only want to look at one frequency component at a time, so we use a single frequency, the sine wave.

here is some additional bathroom reading

Capacitance and Inductance Measurements Using an Oscilloscope and a Function...

Don't have an LCR meter in your lab? Want to demonstrate the behavior of capacitors and inductors under sinusoidal stimulus? See how a DPO4104 scope and an AFG3000 function generator can help you get your results.

Hahahaha…no idea what any of that means. I’ll just put it on a table in electronics

I’d suggest that the most simple solution is a made for purpose LCR tester. 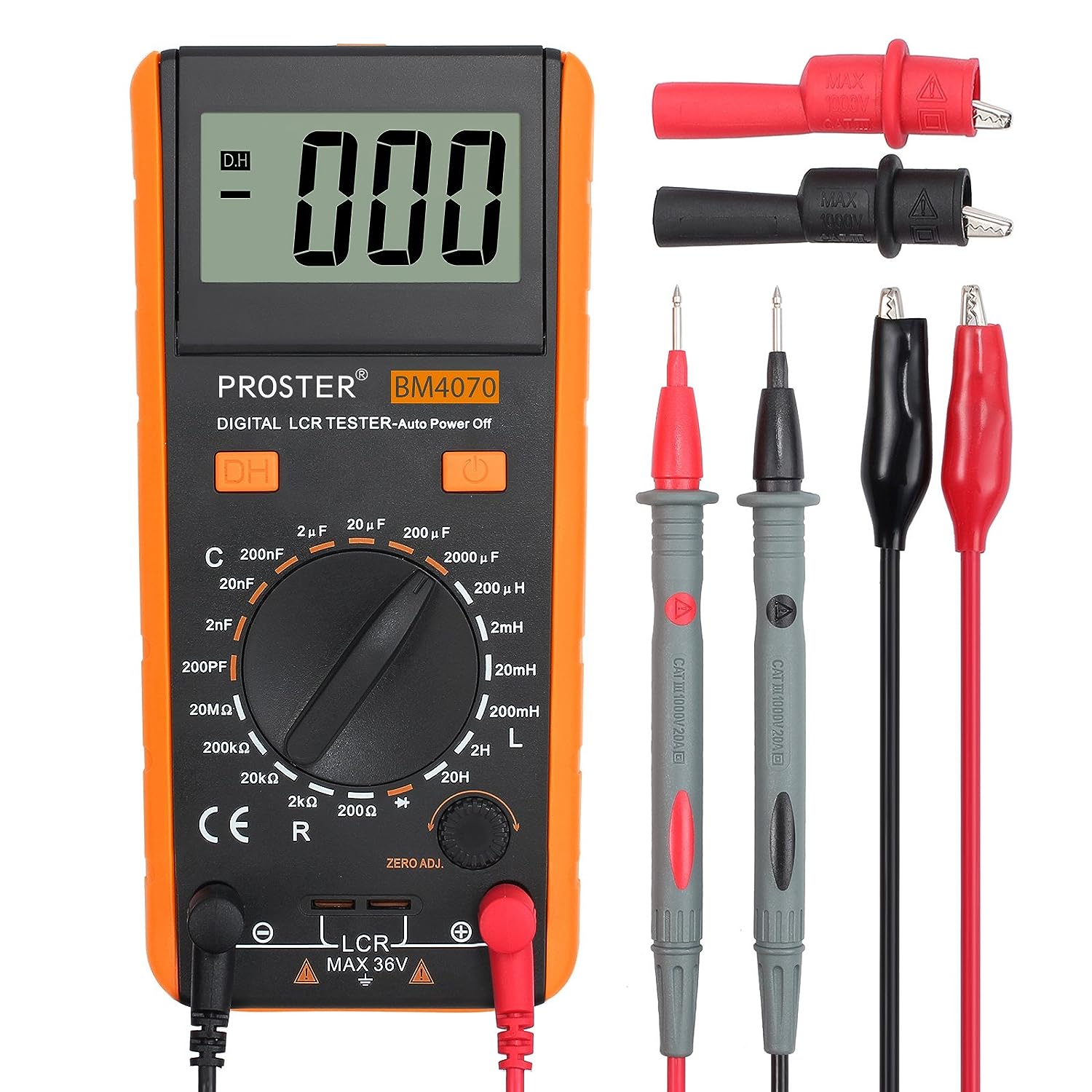 For an even better deal, if you go with the red case (instead of the shown yellow), you can save a full $0.35!

I also emailed the Woofer Tester website to see if they had any input on how I might try to go about using their tool again. I received a timely reply from Steve Larsen, the guy that engineered and built these starting over two decades ago. I’ll quote his response below in case anyone can benefit from it.

Ideally I’d like to learn how to use the tool I already have. With Steve’s support I can hopefully figure out the last remaining details that stopped me years ago. Also, I have at least two speakers that I need to measure so I can move on with with further design plans. Time to load some new software and try to woosah my way back the patience that I used to have for such things.

I’ll definitely reach out if I have any questions. The WT is a pretty neat tool and I’m sure someone with a little more knowledge would quickly fill in whatever holes exist in my approach.

The meter reading will show the measured impedance, phase angle, and reduced Real and Imaginary part of an inductors or capacitor at the selected measurement frequency using any test signal mode (Sine or RTA). Air core inductors tend to be pretty good, but beware of the proximity to ferrous metals and other active coils (they can couple, add loss etc). Running/plotting an arb-sweep will show how these values change with frequency.

Note: L&C components are rarely ‘ideal’ with the internal parasitic’ sometimes having significant effect. In particular, if the total measured Z is low, the test leads and any calibration errors become proportionally significant. This can for example become evident for a low value inductor at low frequencies where the voltage and overall reactance is low compared to the test current. In this case the signals within the leads become proportionally big. If you want to be extremely accurate, careful calibration, clip resistance etc. is a must.

The software automatically decides if the attached component is an ‘inductor’ or ‘capacitor’ depending on the measured phase angle being either +/- (lag or lead) respectively. If this happens, examine the ARBx values to see how this works. You will also likely find the sine mode, albeit slow, to be a bit more accurate, as it concentrates a lot of signal energy at just one frequency over a longer period of time.

And the yellow multimeters at the space do have a capacatance function. Which will just read negative for inductance. But for one frequency. Whereas using the woofer tool or my shenanigans, you can test multiple specified frequencies and get a characteristic curve. At work I use an E4980 (they come in black now, so pretty).

I actually have a large variac I’m fixing up and was going to map an impeedance profile for, but it’s been super busy at my house lately.