@doug.wilson can we please upgrade the switch in the belt sander to one that doesn’t have to be taken apart and fixed every couple months?

I suppose it’s possible. Is it hard to do? I’ve had many volunteer to do it, but none have followed through.

We just need the parts. There are several willing but none of us have the parts to install

Will any old light switch do the job?

In theory, yes. But the belt sander probably has an initial surge current that exceeds what I would want to put through a regular switch. The risk is that it would weld the contacts closed.

I would prefer a contactor that either latches or can be arranged to latch. Ideally, every machine would have this arrangement as it is safer than a switch that allows a machine to turn on as soon as it is plugged in, such as after a power outage. The contactor could be controlled by a lighter duty switch, but to work the way I described would need momentary switches controlling it. I think Tarka and I discussed it in a previous belt sander switch thread.

Here is how my lathe is wired. I’m feeding a VFD, so the contactor is a little bit redundant, but it let me use the OEM controls to power the machine. 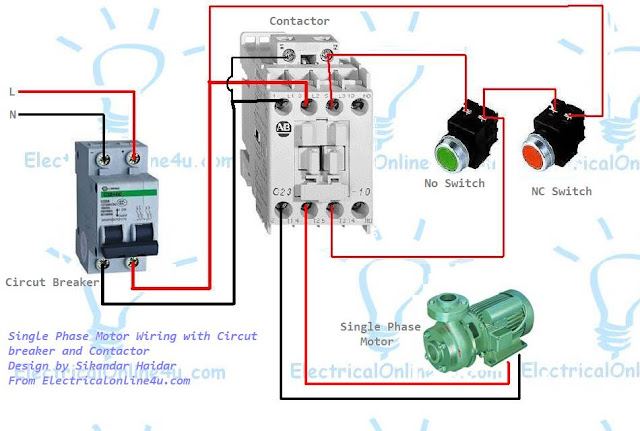 I used this contactor: 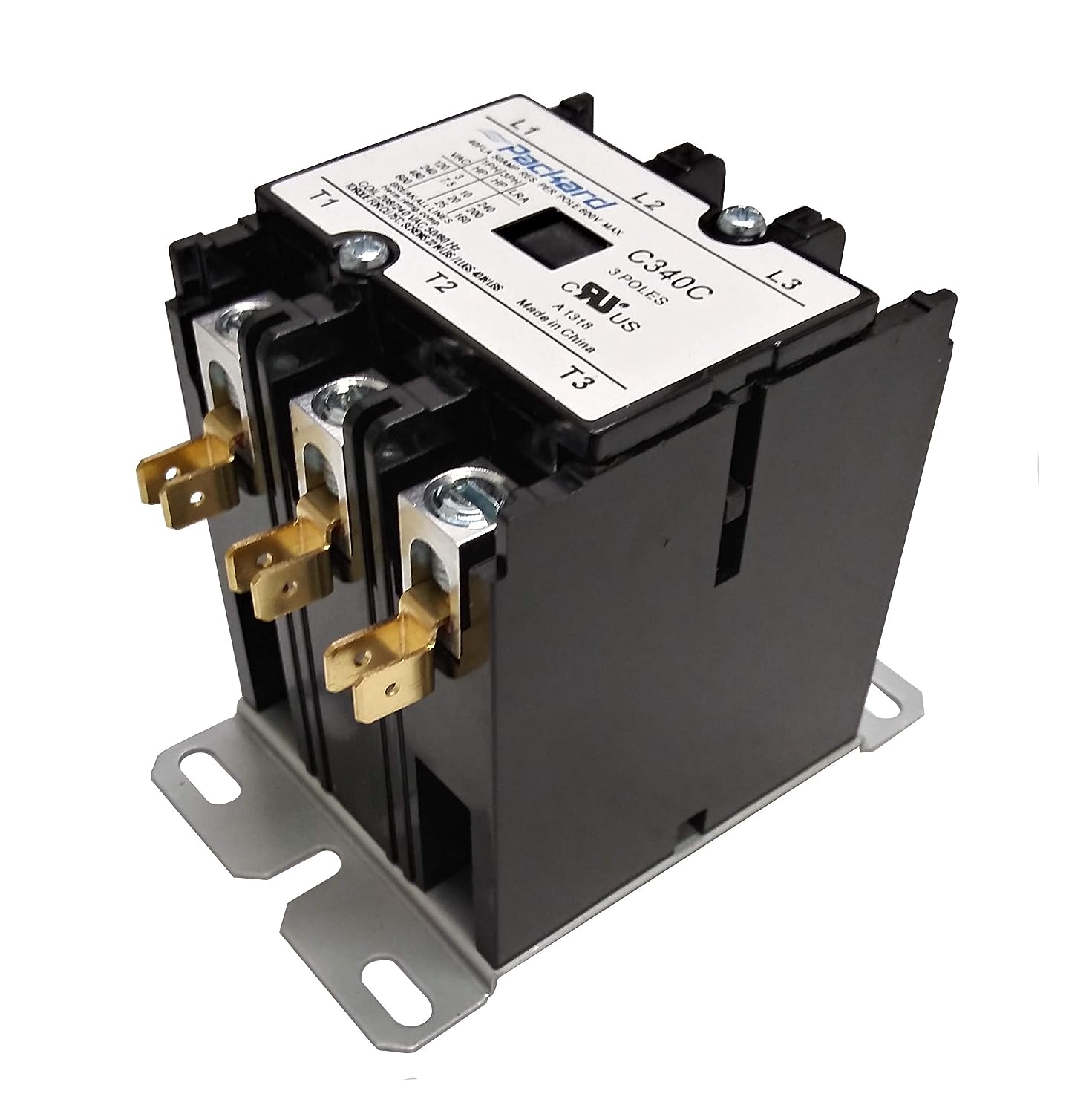 The momentary switches, on NC and the other NO, are part of the lathe already.

For my milling machine I am using the same contactor, but will be using these pushbutton switches to control it. 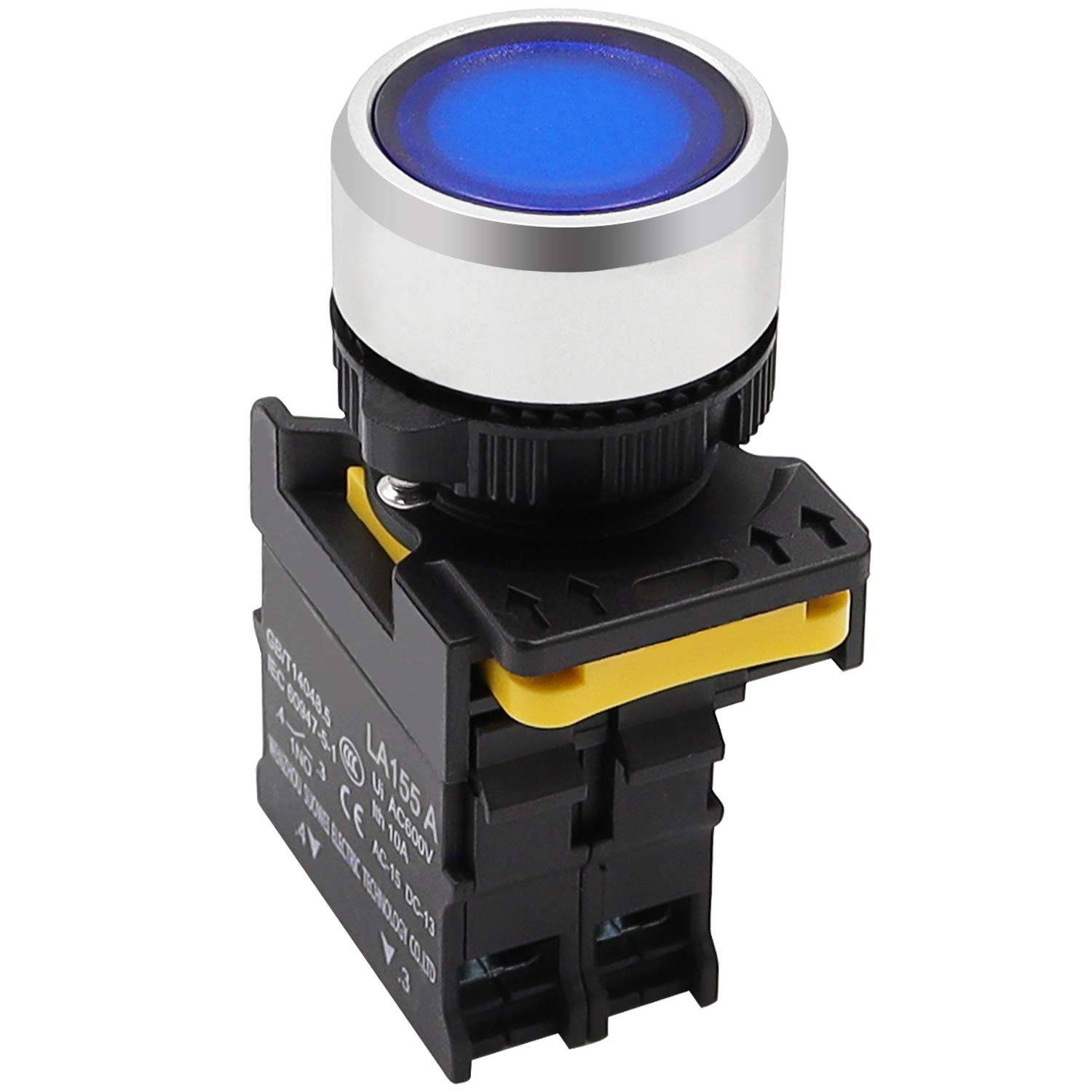 Color:Blue 1NO Push button switches are used widely to control the electromagneticstarter, contactor, relay and other automatic control electric circuits

actually a better selection for switches because it covers both start and stop.

What if we just replaced that sander? Do we actually need one that big?

(Also, for some reason, your older message didn’t return in my email, so I assumed you had ghosted me after I asked about the switch.)

But I can make the exact purchases and we can upgrade on our next Maker Monday.

sorry, I didn’t see your email until you said something about it. For some reason it didn’t show up as new. I think that downsizing would result in some unhappy users. If you get the parts, there are several of us who are probably capable of wiring it up. Let me know when you have them and I’ll get it running.

My concern about not fixing it is that it’s rather unsafe to have a machine that fires up as soon as it’s plugged in. Thanks!

Right now it is working, I used it yesterday. Although the gentleman that was working on a musical instrument had unplugged it, he opened the switch and did something so it would work.

Yeah, just unplugging it and flipping it back and forth is enough to get it working sometimes. Other times you have to open it up and help it get back in the right position with a screwdriver or something. Either way, that shouldn’t be necessary and many people are scared enough of electricity to not want to mess with it.

I got the belt sander wired up with the new switch tonight. Then realized I the thing is wired for 120v! So I had Doug order the wrong contactor. I’ll try to pick up the right one Monday and get it going. Sorry all.

TBH, though, it should never have been allowed to be used with an intermittent switch. Having to unplug it to turn it off could be very unsafe, especially if somebody needed to turn it off in an emergency, such as if somebody got their clothes caught in it. Anyway, sorry for the additional delay.

The belt sander is working right again and should for a long time to come. 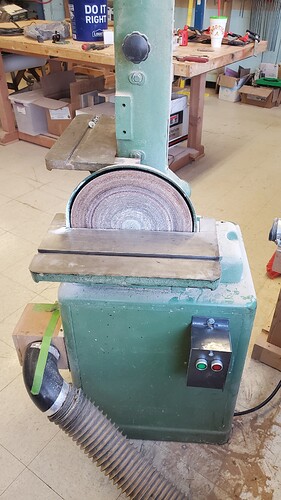 In case it’s not obvious, green turns it on. Red turns it off. If power is removed, it will not turn on again until you press the green button again. 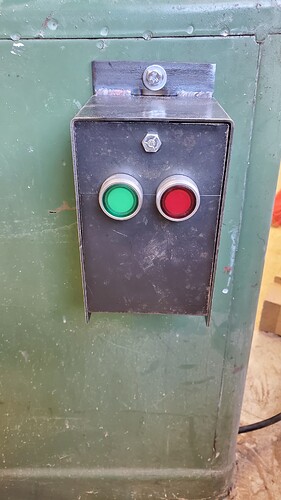 Think you could add labels for those of us who are colorblind?

Sure! We could put a V on the green one for viridescent, and a V on the red one for vermilion. 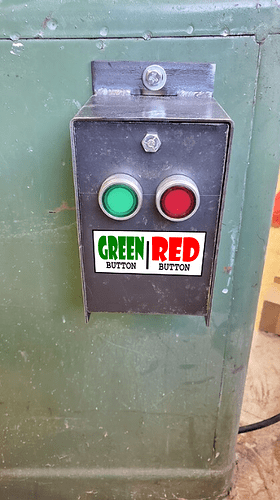 What about the words ON and OFF above the corresponding buttons?

LOL. Is the red label red and green label green?

Of course! I have tons of experience conforming with ADA and Web Content Accessibility Guidelines!