The garden will have our Spring Opening party on April 1st
Please come and enjoy some Maker comradery!
Sign up to bring food if you think you will. 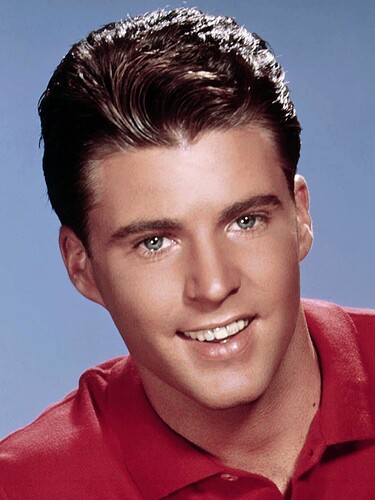 Will Ricky Nelson be our Guest of Honor? This is likely lost on our younger members, but it IS for April 1st, after all…

It is now, but I don’t quite get your fundamental reliance on calendars. Many’s the time that I digged up dead men and set them upright at their dear friends doors just when their sorrow almost was forgot… and not once was it on any calendar I ever saw.

I cant tell if this a lovecraft, Poe, or hamlet quote …

Closest to the last. It is Shakespeare, from Titus Andronicus.
And to furthrr our literary examination, it does threaten to be “a dark and stormy night”.

Lol I went with my general rule of Shakespeare, if its morbid, its probably hamlet.

dark and stormy night… that is Snoopy … right?

Charles Schulz used the phrase, but didn’t originate it.

From Wikipedia:
“The status of the sentence as an archetype for bad writing comes from the first phrase of the opening sentence (incipit) of English novelist Edward Bulwer-Lytton’s 1830 novel Paul Clifford.”

And:
"The Peanuts comic strip character Snoopy, in his imagined persona as the World Famous Author, sometimes begins his novels with the phrase “It was a dark and stormy night.”[7] Cartoonist Charles Schulz made Snoopy use this phrase because “it was a cliché, and had been one for a very long time”. It was a dark and stormy night

"It was a dark and stormy night" is an often-mocked and parodied phrase considered to represent "the archetypal example of a florid, melodramatic style of fiction writing", also known as purple prose. The status of the sentence as an archetype for bad writing comes from the first phrase of the opening sentence (incipit) of English novelist Edward Bulwer-Lytton's 1830 novel Paul Clifford: It was a dark and stormy night; the rain fell in torrents—except at occasional intervals, when it was checke...

You might not be able to tell this by reading the thread, but we’re going to bundle up tomorrow night and hang out with food and drinks!

No pictures here, but fun as always… it’s been too long. Also nice to see the game nighters having fun!

Was a lovely evening all around. Thanks to everyone who organized.

Ricky Nelson did NOT attend.