Anybody experience with heating elements?

I want to start a project to make a wax melter. The goal is to melt candle wax in large quantities. Basically a giant crockpot. But instead having the heating element at the bottom, I’d like to have it wrapped around the outside to make it melt faster and more efficient. Does anybody have experience or knowledge about this stuff?

Here’s an image to give you an idea. 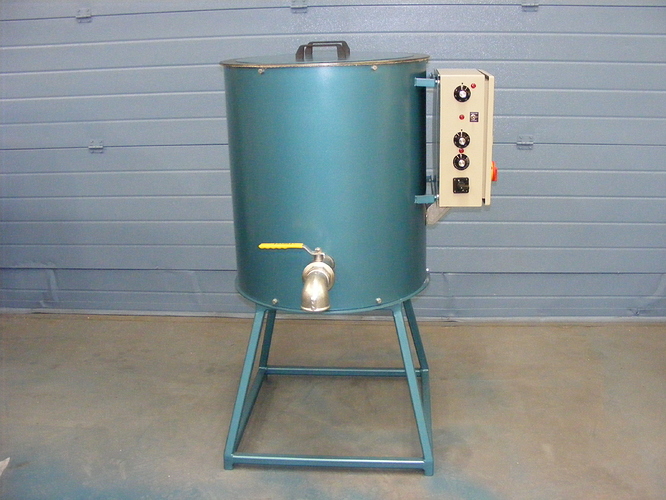 Hey, thanks for posting an interesting project.

I could not really tell what your question was though. Is heating element on the sides going to heat the wax faster? Probably not, but putting both a bottom element and a wrap around element might. For safety you need to carefully monitor the wax temperature where it is hottest. If you get to around 395 Fahrenheit, you will have an explosion. For efficiency you would want the heating element buried in the wax. For safety you want a closed loop proportional temperature control and at least two separate ways to measure the temperature and remove power before getting anywhere near the flash point, which for some waxes may be as low as 285, but in any case it is safest to stay below 212.

I would Imagine due to heat rising you would have a considerable energy loss with the setup you are trying to create.
Having the heater element under an open Internal cylinder that would give the heated area higher surface area contact with the wax may achieve the results you are going for better. 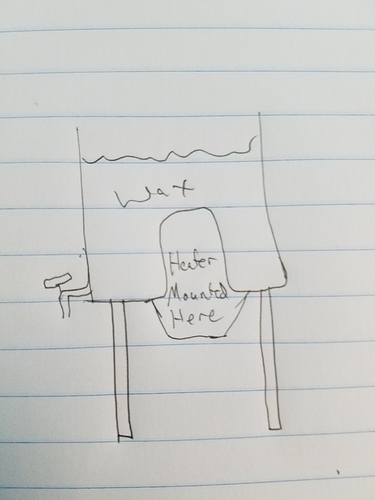 Thanks for the replies guys! Sorry if my question was unclear. I just had no idea what kind of heating element to use keeping safety and efficiency in mind like you guys mentioned.
I have thought about making it with the element inside the tank, so in direct contact with the wax, kind of like a water heater: 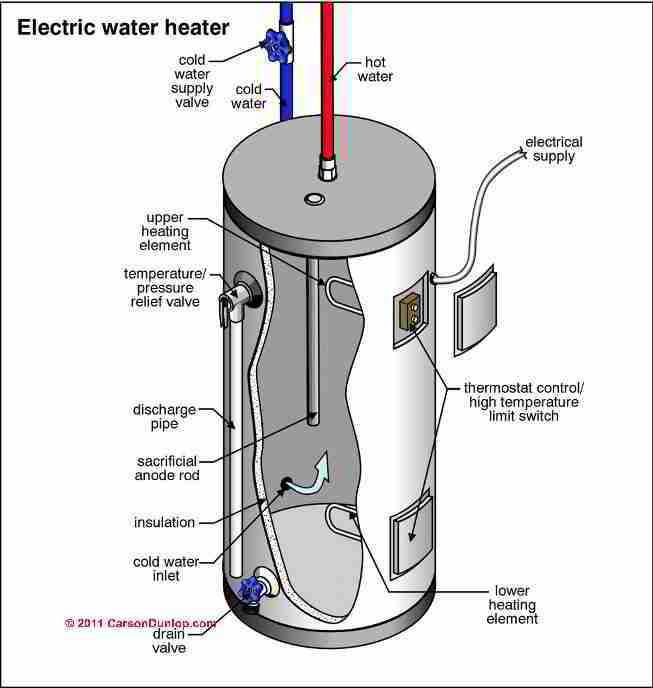 However I’m afraid that it will melt the wax directly around it and not the entire tank.
All direct heat wax melters I’ve looked at have the heating element outside the bin that the actual wax sits in.

I just got off the phone with somebody about this and he told me to take a look at something like this:

What do you guys think about that? With a barrel and one, maybe two of those elements it would be a lot cheaper than buying a new melter.

Maybe this is a crazy idea… I don’t know… how about putting it in a vat of heated water… then the temperature wouldn’t exceed 212. That is the way to evenly heat chocolate… double boiler.

That amount of heat 1750 watts is about the same as a counter top heat plate or a small toaster oven. It not only would not be enough heat for a barrel, but even if you stacked up as many as would fit on one barrel, not enough heat would get to the center. How many pounds of wax are you wanting to melt? And, how long of a time from turning it on to being able to pour meets your requirement for it being fast?