Advice needed for cutting out words

I’m trying to help a coworker cut out words in 1/4" wood and the pine I used burned a 1/4" wide line rather than a clean cut. Would it work better if I used plywood? Or maybe multiple passes with a faster cutting speed?
I used the suggested settings of 50% power 15mm/min cutting speed

Also I saw there was a class for this topic last month, does anyone from that class have any suggestions?

When did you try? There was a time where the laser was out of focus… could be that…

@kim might be able to help. (She taught the class.)

Do you have a photo? If the line is very thick, the table is probably too far away from the head and you need to auto-focus.

It’s hard to tell from the picture but it cut all the way through, and the back side is a few mm wider than the front side. I remember autofocusing before this run. 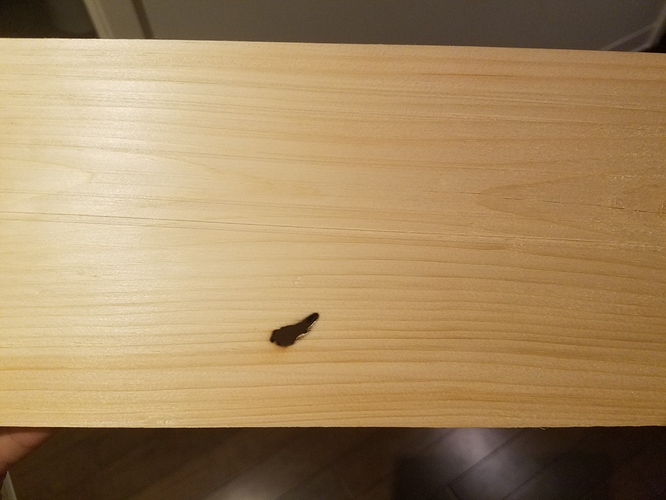 I forgot to say that I got it to work properly, I had to increase the speed 5x to 100mm/min. I’m guessing the suggested speed of 20 is for higher density wood.