This is my first attempt at making a print with a 3d scanner (xbox 360) camera.
My subject was carol
Software was free version of scanect.
The faces was limited but did not want to buy pay version. 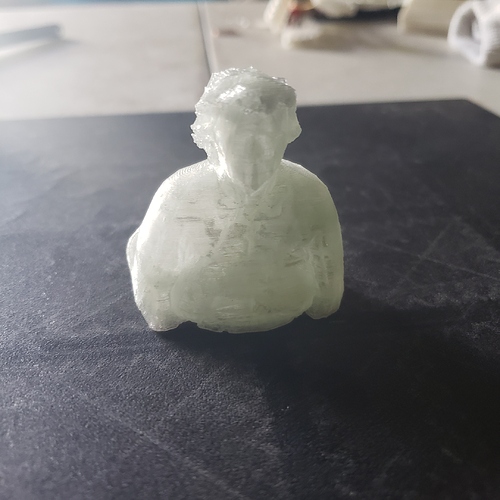 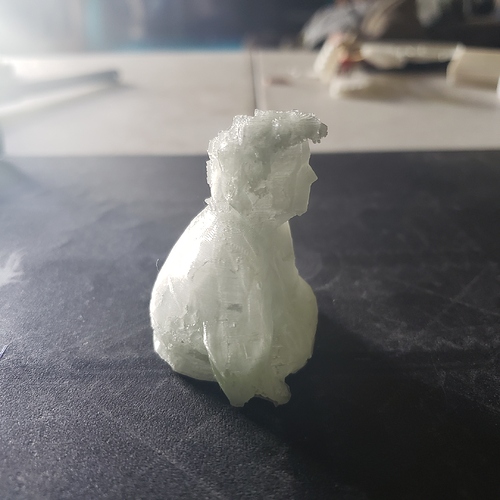 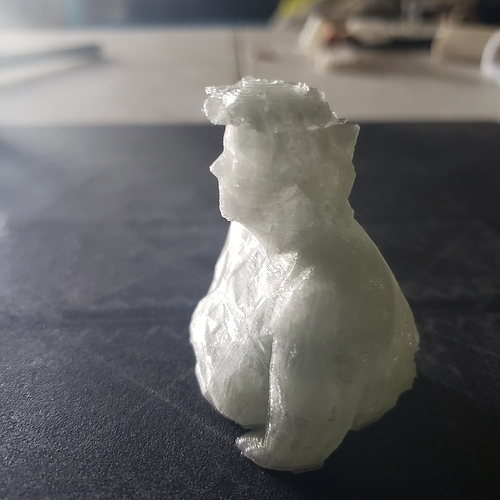 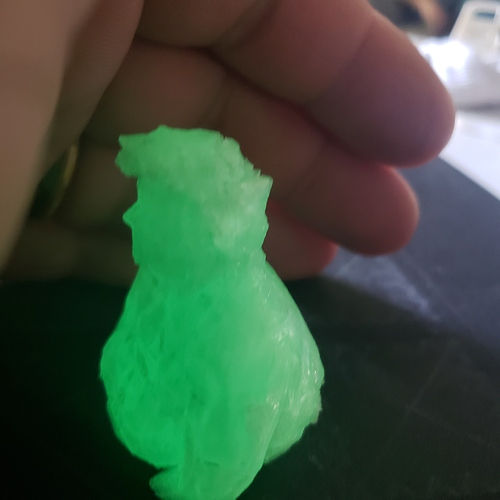 Used glow in the dark filiment.
Not bad considering software limitations.
Anyone have any other software suggestions that might work better.

Check out Photogrammetry.
Basically you just go around the object taking pictures at different heights and angles. The more pictures, the better. No special hardware required. The software puts it all together to create a 3D model.
I was looking into Meshroom specifically.
I’ve not personally used it, but I’ve seen a number of people use it with decent results.

It looks like there’s a bunch of software options available now.

@joegroom I have tried Meshroom. It requires an NVIDIA GPU card to work properly. I do not have that card in the machine I was trying to use it on. So, it didn’t work well for me…but I only gave it an afternoon. To use it with other cards you have to take out a couple of the processing steps. Which is really easy to do. The software is fun and I may give a go again on another machine.

For scanners, the turntable at MakeICT make all of the programs I’ve tried with the Kinect a LOT better.

I suspect it may work with Photogrammetry, though I’ve in the past had limited luck with that. Though I was trying to digitize bones, and it had lots of trouble finding points to correlate. Something with more variation might do better. It’s probably also gotten a lot better since I worked on that project. (8-ish years ago?)

I found laser scanning to be a lot better for small things. Somewhere I still have the code for that. It was based on using a CD (or DVD) and adjusting the perspective somewhat. Worked fairly well sometimes. (Convex shapes are easiest.) I really should see about it again.

Interested in small scale too as well as large. I would like to replicate small stuff.
And have the ability to miniaturize buildings …Wha ha ha! Lol ! I mean via Aerial drone shots with gopro.