My niece is a Harry Potter fan. I didn’t think I was going to make it to the family Christmas this year but it got moved up a week so I can. No time to order a stamp but I thought it would be a cool touch for the custom card I made her. Saturn to the rescue! Would work better in metal as the plastic doesn’t pull heat from the wax very fast, but still got the job done. I definitely need to work on technique if I’m going to do more of these. 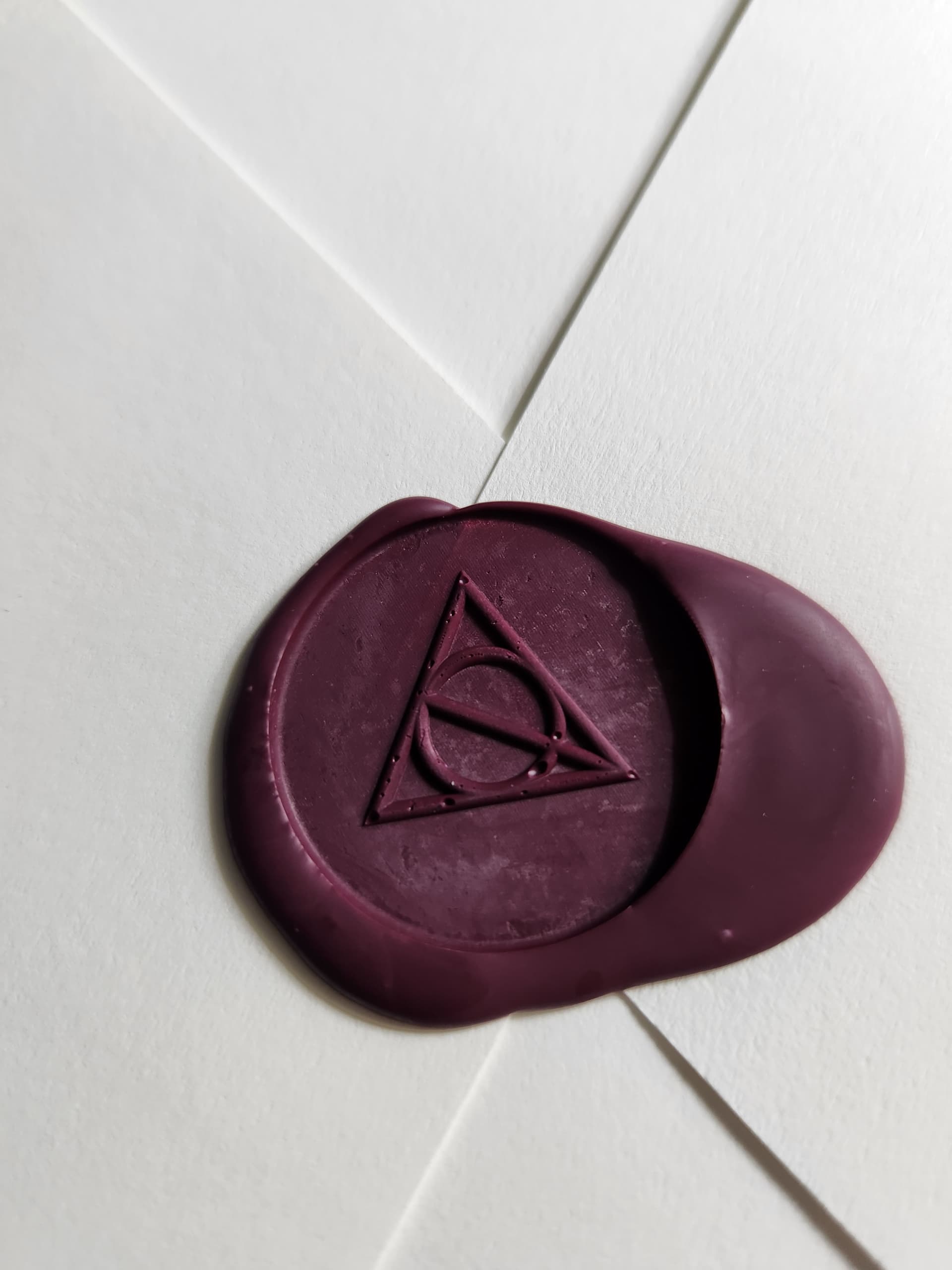 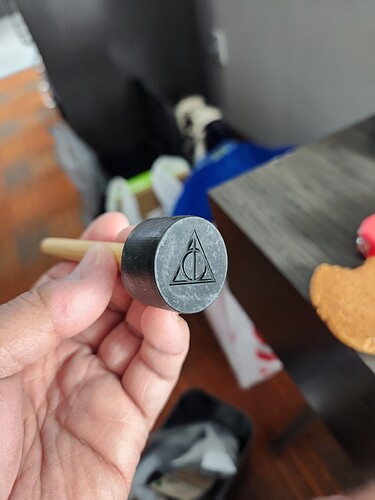 I’m working on a similar-ish project to start making brass stamps for a hot foil stamping machine soon. Hoping to get some help from the Thursday CAD group to use the CNCs for this. Would welcome any pointers.

This would work on wet leather too. I’ve printed leather stamps that worked pretty good…

Awesome, I saw this and made a short script, which you can run in OpenSCAD to generate a stepped stamp from any SVG. It should generate for any SVG. (Throw it in the same directory and change the FILENAME= line.)

It will generate a stepped function, in this case a 0.01 mm step up and 0.1 mm inside, so that it’s not straight lines, (just a series of them!) Don’t set the steps too low or the bevel too high, or results will look wonky, and now the description probably took longer to write than the script.

Feel free to modify the script for your own things, but if you do since Textiles is challenging people to post pictures, post some more pictures to represent the Fablab-type things! 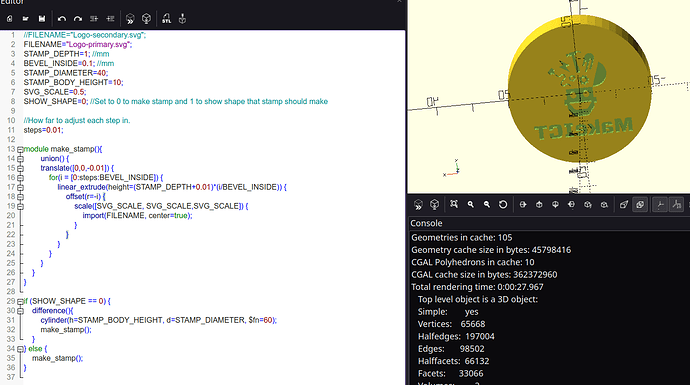 That would definitely be better than what I did for some designs. In my case a simple sweep in cad did what I needed because it’s all the same depth. One day I intend to do more with meshes but I won’t use f360 for it when I do.

For anyone interested in making their own, I designed mine for a 1/4" dowel or bolt or whatever but then I scaled it up so it’s an odd size now. But fill the opening on the back about half full with hot glue then shove something in the hole. (Careful what you stick in it; the glue is hot!) 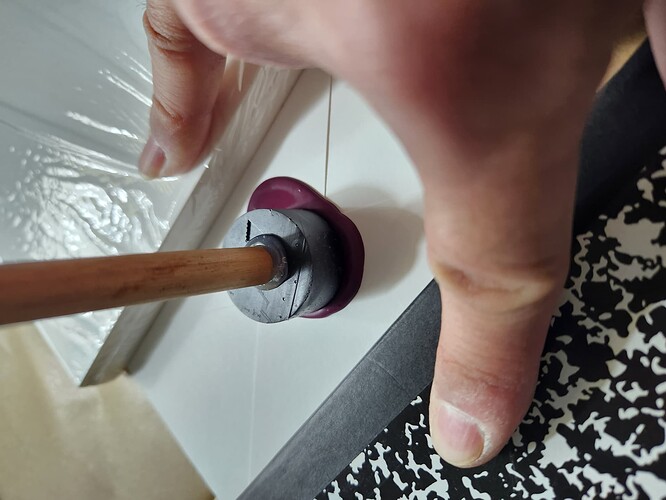 Well, that was kind of funny. I figured, she’s into Harry Potter, and a wax seal seems like something that would be Harry Potter-ish, at least from the perspective of somebody who doesn’t know anything about it. (Not entirely true, but…) Anyway, she picks it up from the pile of gifts, says, “Oh, a wax seal.” and moves on. She later asked me more about where I got the stamp, which I 3D printed. Then she told me all about the many letters and cards she’s written and sealed with wax seals of her own. She has experimented with various sources of waxes, mixing them, adding colors, and different techniques, and proceeded to explain all of her findings. Not bad for an 11 yo. She did like the card, but I was honestly hoping for more of a “WOW!” from the seal. At least I’m still the cool uncle.

This is cool. I have no reason to make a wax seal stamp and I probably haven’t written a letter in a decade, but I kind of want to make one now.