@MAtherton and I took some time today to get the 2x72 belt grinder closer to operational status.

We still need to crank out the Platten but it feels like we’re definitely a lot closer than we were at the start of the day. 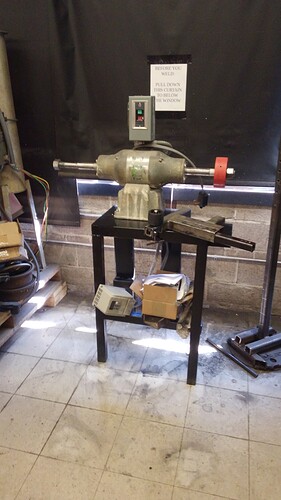 Also, we took some time to reorganize the hot shop a little to free up some space. 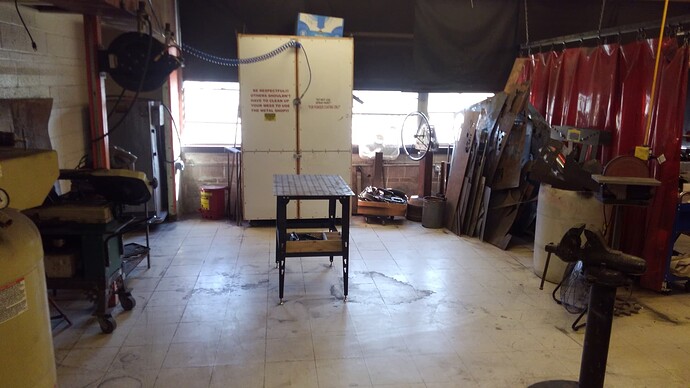 It’s pretty impressive, and it’s operational, but I do not recommend using it quiet yet. The base needs to be fully welded, and I also need to adjust the platten a bit to be more stable at slower speeds.

As it is, the belt grinder does hold to the promise of turning 1/4in plate into glitter without hesitation. 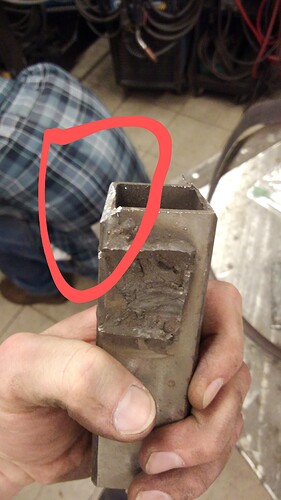 Rusty, thank you for putting so much time in on this. It will be a valuable addition to the metal shop, and I know you’ve been spending a lot of your time on this without any fanfare. It isn’t unnoticed!

It has taken a bit of time, but it’s been nice not to have to go at this stuff alone. It’s meant a lot from having Gretchen’s help sorting through metal, to tonight’s help from Jimmy and Steve to dial in the grinder.

The help has been greatly appreciated while trying to get caught up on that giant ‘to do’ list.

Hopefully that will mean more time for ‘play time’ projects like the ballista and the roadster soon.

Big thanks to Michael Atherton for help with the paint work today.

The frame work has been realigned and is now stable at lower speeds but should still be treated with respect. 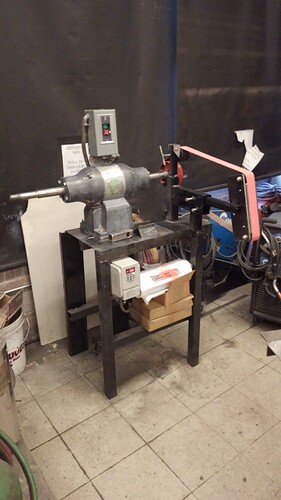 It’s effectively done. There are a few accessories we’d like to make, but it feels a bit too corporate to me… Anyone up for giving it a tank girl make over?

Nah, half the hot shop already feels like I need a tetanus shot to be in there (I’m trying to fix that)

I’m looking for an art style that matches the ridiculousness of the machine.

I don’t need to look him up.
He goes rat rod.
Movie Supremely sucked ass though (fight me).

Was there a single 90s comic book adaptation that wasn’t horrible though?

I was going to say MIB and Blade were questionable sequels, but those did come out in '02

None of the other sequels were good at all.
Was Demolition man based on a comic? I loved that movie, so much better than Judge Dredd. An aside(and unpopularopinion): Dredd (Karl Urban 2012) was so bad, so bad, so very very bad.

Spawn would like to have a word with you

Pretty cringy James, sorry/not-sorry.
Also, did Spawn get all those scars by being abraded on a 2x72 Belt Grinder? Cause I think the answer is yes!

I realize it is early in the season, but has anyone checked to see what leafy green botanical substances may be being harvested from the community garden?

@David I think there’s a ripe batch of 2x72 Belt Grinders growing out there!