Thank you for catching that. An open window last night would of killed us on the heat bill, not to mention the probability of getting robbed again
I just don’t know what more we can do to convince people to close the Windows. 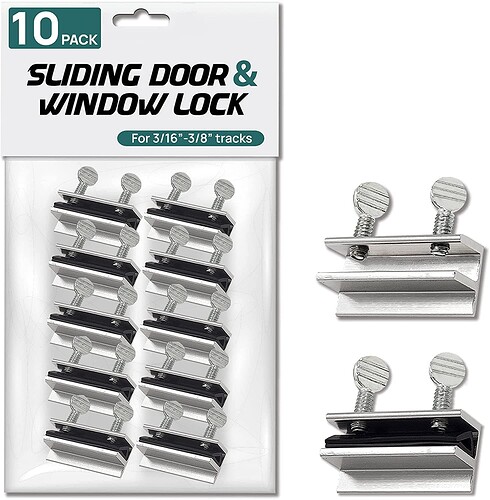 A stick of wood above each window would do the same. I would also suggest that most windows in each room be held shut altogether, leaving maybe 2 that can be opened. At the very least, it would make it less of a hassle doing the walk through at the end of the night, or day.

I switched all the ones in the electronics room to linux.

Actually I was thinking of putting up screens, and hooking them up as an antenna.

Or hooking them up to a cattle fence charger… hadn’t decided yet.

Can we just replace the windows with monitors that display an image of what’s outside? Then put a fan near each window that makes it feel like a breeze blowing in?

Of course the cheap thing would be just a quick weld bead in the channel to limit their range, but that’s kind of irreversible.

One thing I’ve learned at the makerspace is nothing is completely irreversible.

How difficult would it be to design an indicator system that either lights a warning light when a window is open or a buzzer when the lights are turned off while a window is open? Do we need to build and install bars on the windows of the wood and metal shops to protect the equipment? I’ve secured several Wichita businesses and a couple private homes with security bars. I am not as afraid of the bars at the makerspace as I was of covering all the ground level windows of the home of a fire investigator… He was quite paranoid someone would come for him or his family, of all people who should understand the danger of no escape from a castle in the middle of nowhere……

I’m in favor of simple bar across the bottom window that would prevent someone from crawling through. Low tech, affordable, and something reversible.

My Ps and Qs are about empty on windows being left open.

A bar will be put in those windows this evening.

Bars are in for the metalshop on the two windows that are most commonly opened.

They were made from scraps that were laying in the corner of the shop. I don’t know if I have enough material to do any more windows, but it took about an hour to cut, clean, and powdercoat the 2 bars.

I may end up painting the bottoms of the windows red to make it easier to tell if a window is open. 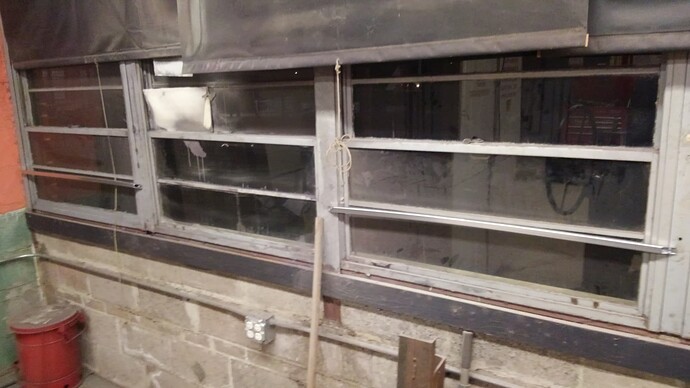 I can donate material if you need Rustin. Just give me a call.

@rustin.atkeisson I’d be happy to work with you on bars for the ceramics studio. It’s been a minute since I took the powder coating class, but I’m always up to learn new things and be helpful. Just let me know.

My goal will be to get bars across the windows in both of the woodshops first since those seem to be the most prone to being left open. After those are secured, then ceramics and ERP would be next.

Both of the windows took a 41 1/2in bar, but I might change tactics in the wood shop if I use 1 bar across all the windows (that won’t fit in the oven). It’d be a lot more difficult to rip out one long bar instead of short chunks.

This is indoors right? Rustoleum paint works quite well outdoors, so it should last forever indoors…

It’d be a lot more difficult to rip out one long bar instead of short chunks.

You could always secure a bar in the upper track along one side to keep the window from opening far enough to allow ingress. It would take less material, I’d think, although it would also limit airflow to a 40 by 6ish opening. For that matter, simply drilling a hole in the upper track and adding a nut and bolt would accomplish the same thing.

Or welding sharp rusty screws on the inside of the window sill. Ain’t no body gonna mess with that.

don’t forget that if the window is not latched, the upper window can be pulled down