I’ve been getting the bug to make, fly, and probably crash some full electric RC aircraft again. I don’t know how many others have experience in the craft or if there is a number of members that would like to give it a try. Maybe an informal building group to make crazy airframes and see what happens. If there is a big enough demand from members just looking for a foothold in the hobby I might design a class where you come and learn the basics of flight, the components of an RC craft, and take home your own hand built 3 channel differential thrust craft.

Just feeling the waters on this one.

Do you have pics of your past builds? This sounds really cool.

I don’t really document my projects too well, and my older planes are gone. I have a foam single motor that needs refurbishment after a rough flight inside the bus maintenance garage and a rough move

My thoughts for anything we’d do at the space will be made from Rediboard and hot glue to keep prototyping cost low and any crash damage easy to repair. Also raises the possibility of making mini planes that could fly in the halls. Maybe even set some cones up outside and have races.

EDIT:: Also using Rediboard might allow us the ability to use PDF templates and laser cut out some give-away items for outreach or more complex builds, like a ducted A-10 Warthog or a VTOL.

I’m sure my son would be interested in this.

I have a moderate to advanced experience in building and flying foam rc aircraft
These can be simple to complex jets!

To get started I would recommend this website : Free RC Airplane Plans

Lots of free plans and links to other sites!
I have made some really cool aircraft right thereon the laser at MakeICT.

I’m interested! I also need some assistance on a current plane… getting the servos ecr etc to mesh with the radio.

I’m interested. I may even have some gear to donate for classroom use. I used to fly SPADs back in the day, saw some really cool plans get built.

I’ll say we have a nice healthy amount of interest. I’ll see if I can get some parts incoming and on a Saturday in the near future we can get together informally and play around with intent. See what people like then maybe make a class around it where the end product is your own handmade aircraft that you can fly with confidence that as long as you don’t crash it into a woodchipper you can repair it.

And don’t be afraid to think outside the box. I for one will be trying to make an RC Arwing of Starfox fame with some of my material.

I’ll also need to bug some knowledgeable FabLab people on if M&L could cut Rediboard safely. I know there is a company that cuts the stuff in their 80w CO2 laser but I am 100% laser incompetent.

We also have the foam cutting machine that Tom McGuire built. It uses a needle to puncture a series of holes through foam or foamboard to cut out shapes. Foam Cutter - MakeICT Wiki 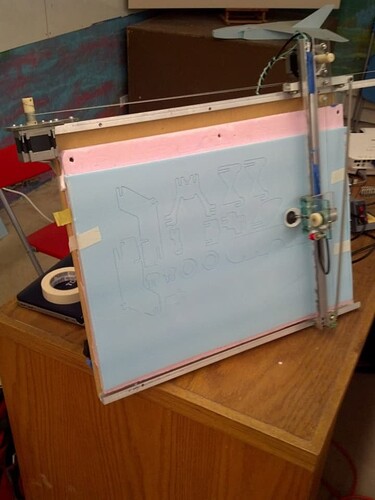 I am alright with doing stuff on the laser cutter so I can cut stuff out for the project.

Alright, I have ordered the electronics (finally) for a small weight airframe. All key electrical components should be here in a few days. My idea currently is I will make or 3d print a “power pod” that will hold the base electrical components for propulsion and people can build aircraft around it.

The power pod design I will be using will be Flite Test’s “Mighty Mini” design, which will allow people that just want to construct from an free Flite Test blueprint the opportunity to do, but those that want to go their own way a fighting chance knowing propulsion shouldn’t be a concern.

Also, I just got my newly required recreational UAV credentials. That means as long as we want to do it for fun and I get clearance for the airspace I can show people basic drone operation, including letting individuals get some actual flying time on a Mavic Mini at MakeICT. Probably going to get the ball rolling on all of the above in the next week or two.

Behind the drive in there is a RC flying field
Just about any nice afternoon there is someone flying there if it is not to windy.
If your in the area come by and check out the field 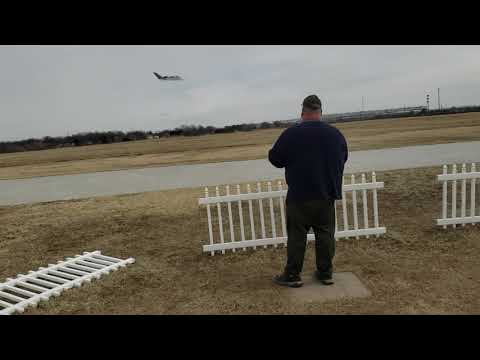 Here is a stealth I cut on laser flying

I had no idea that Chapin had a RC airstrip. I was only aware of Aftons.

I was trolling thinginverse looking for cheap 3d printable things and ran across this:

DXF Files suitable for use with a laser cutter to cut the kit for a FT Mini Scout. Not my design, files are generated from the free plans from Flite Test, so all credit goes to them! Link to plans, power system requirements and build video can be...

I’m a complete idiot with lasers, so could you tell me if these files look like they would make the thing do the thing.

Test flight has a lot of solid plans if they got it from there like they said it should work as with any file there is always considerations like will it fit on my laser or do I need to change the lay out i.e.

had no idea that Chapin had a RC airstrip. I was only aware of Aftons.

They have been there for years only requires you be a current ama member so you have the insurance same as afton.
A lot of people don’t though

The video above I posted was at thier asphalt strip

All right, all electronics are in. I’m going to be 3d printing some control components and some removeable power pod/fire wall enclosures and I think we should be ready for some building fun. I’m thinking a Sunday in September I’ll bring all my cool stuff down into an available classroom and who ever want to tinker around with building aircraft, learning hands on the electronics that go into a RC aircraft, or maybe even getting a bit of hands-on flying time with a small drone (weather permitting).

What I will bring: