While @Typerover and I were cleaning and moving the press, we discussed replacing its missing mechanical impression counter. I was looking for a break from a much longer project, so today I put together an Arduino-based digital counter. 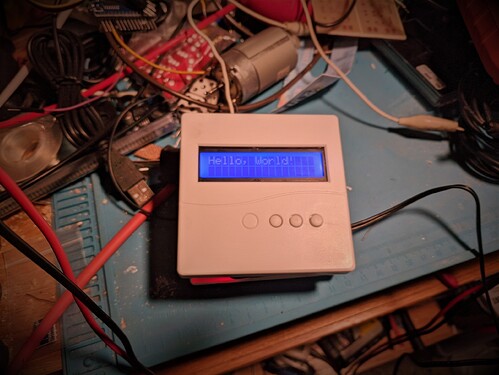 IMG_20210211_012814 (2)2592×1944 924 KB
The counter uses an Arduino Pro Mini, and the case includes an IR avoidance sensor, 16 x 2 backlit LCD display, 3 buttons, and an LED. The hardware is done, but writing the code for it is my next task. In any case, when finished, it will use the IR sensor to detect when the press is pulling an impression. The press has a reciprocating metal rod that triggered the original mechanical counter, so I will add a small piece of reflective aluminum tape to it so that the IR sensor can “see” it go by. Each pass will increment or decrement the counter by 1. 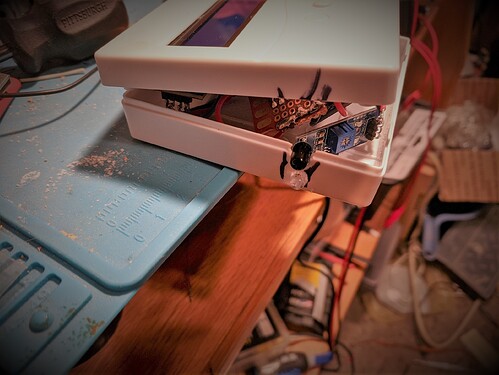 IMG_20210211_012846 (2)2592×1944 888 KB
The plan is to also add a “countdown” mode, as well as timing the number of milliseconds between impressions to give the press speed in impressions per hour. I’ll eventually add a small battery (the counter runs from a 6v wall wart) to allow a controlled shutdown of the Arduino. This will allow me to also add a total impression counter, stored in EEPROM on the Pro Mini.
When this press was designed over 100 years back, nobody could imagine that it would get a 21st century upgrade like this